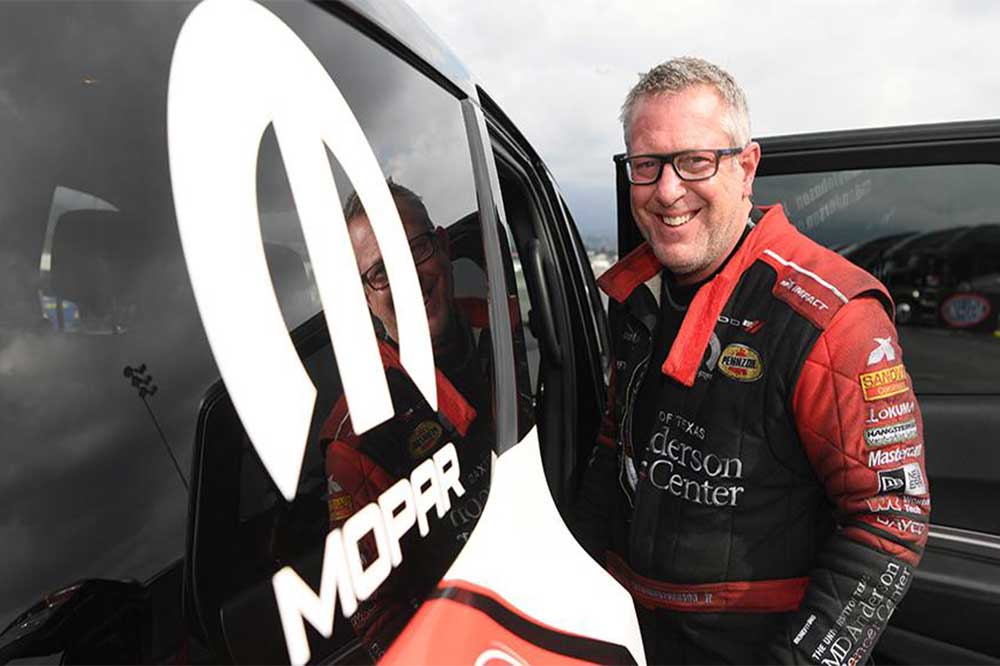 Tommy Johnson Jr. is used to pressure, but he felt a whole different kind of pressure Friday at Lucas Oil Raceway at Indianapolis when he was called in at the last minute to replace Don Schumacher Racing teammate Matt Hagan.

Tommy Johnson Jr. is used to pressure. He’s been driving nitro cars since the late 1980s and been in the thick of numerous championship battles, but the popular Iowa transplant felt a whole different kind of pressure Friday at Lucas Oil Raceway at Indianapolis when he was called in at the last minute to replace Don Schumacher Racing teammate Matt Hagan –- the points leader — who had just tested positive for COVID-19, at their sponsor Mopar’s biggest race of the season.

Johnson, idle this season after his DSR team lost its funding at the end of 2020, was at the track ready to help good friend Tripp Tatum on his new Top Fueler when his phone jangled. It was Alex Conaway, car chief on Hagan’s car, asking if he was at the track. Then crew chief Dickie Venables called and gave him the word that his skills were needed and would he drive their car. He didn’t have to ask twice. 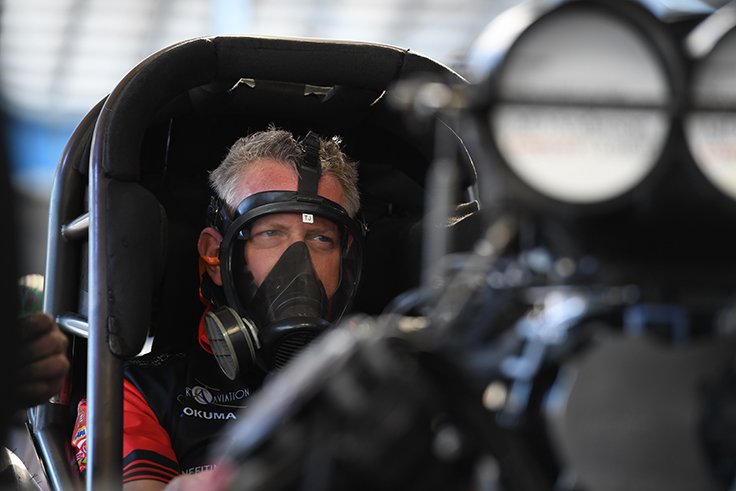 “I only live about three miles from the track so I raced home and grabbed my stuff,” said Johnson. “My helmets are in a display case so I had to grab them, too, and the crew guys went to the DSR shop to get my seat insert. They walked me through their startup procedure and made some adjustments to a few controls, like the reverser, and we were good to go.

“Nothing like being out of the car for 10 months and they put me in at nighttime for Q1 at Indy and tell me to try to help Matt protect his points lead. No pressure, right?”

(Under NHRA’s new COVID-19 rules introduced last year, Hagan will get any points Johnson earns until his return.)

“We pulled up in the staging lanes and I looked up through [the windshield] and it felt like I just been there last weekend, so that made me feel good,” he said. “Once the car started up, it was just almost habit and instinct to hit the gas for the burnout; everything felt normal.”

Johnson, who has continued to work at DSR selling parts to other teams, felt confident about the run.

Unfortunately for Johnson and the team, the crew discovered a broken wheelie bar pin, and Venables gave him the shutoff sign.

“I looked at Dickie in disbelief; I was like, ‘What do you mean shut off?’ I glanced at the windshield, and it wasn’t raining so I had no idea what was wrong. Turns out that when Alex went to adjust the wheelie bar, he saw that the pin was gone, and he looked up and it was stuck to the tire, so it’s just nothing you could do at that point. It’s just something that never breaks, and it just fell apart.

“I was kidding them saying I guess they want to just break me back in slowly.”

Despite the circumstances, Johnson, who was runner-up to John Force in 2002 in his only U.S. Nationals final-round appearance, is happy to not only get another chance to not only win Indy but also to get some payback for what happened to him here last year.

“We qualified No. 1 here last year and we had a connecting rod break for no apparent reason and got beat first round,” he said. “When we lost the championship [later that season in Las] Vegas, I said, ‘We didn’t lose it in Vegas; we lost it in Indy,’ so I want a little redemption. You don’t know if you’ll ever race again after you lose your ride, you know? Hopefully, you get back out here but you never know, and then suddenly it’s ‘Here’s another shot to try to win Indy.’ It’s not the ideal situation with what Matt is going through, but you take what you got and make the most of it.” 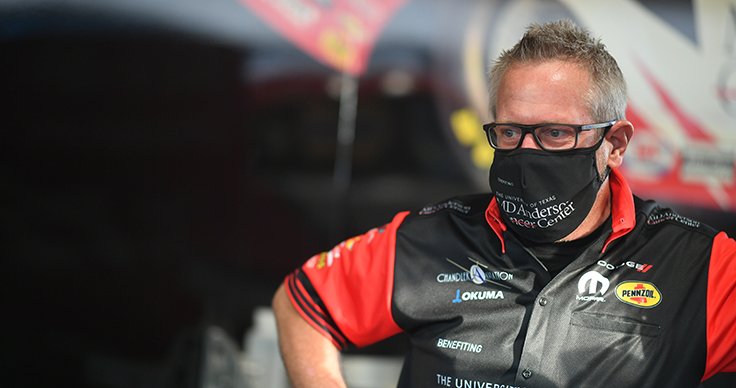 With the Countdown to the Championship playoffs beginning next weekend in Reading and Hagan likely to require at least a two-week quarantine, will Johnson be back in the saddle at Maple Grove Raceway?

“We don’t know yet, we’re just playing it by ear,” he said. “We’re going to concentrate on this weekend and then we’ll evaluate.”