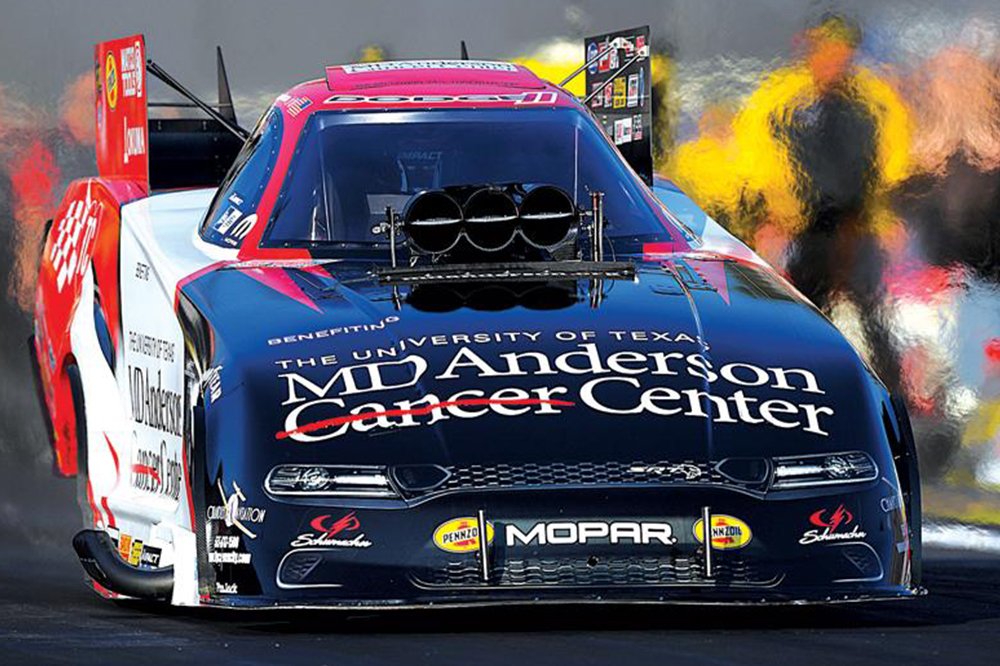 The 2020 season couldn’t have started much better for Tommy Johnson Jr. and crew chief John Collins with a win in Phoenix and a current second-place rank in the standings, and T.J. would love to be remembered as the guy who won the title in this weird year. This is one of a series of interviews with the top drivers in Top Fuel, Funny Car, and Pro Stock. 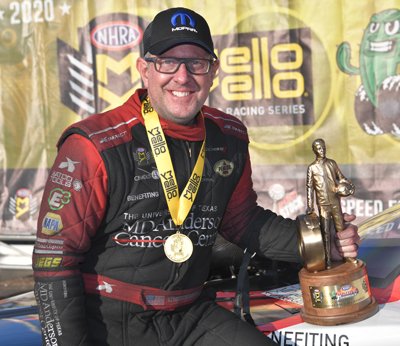 Early-season report card: Like Don Schumacher Racing teammate Jack Beckman, the 2020 season couldn’t have started much better for Johnson and crew chief John Collins. They qualified their Dodge No. 4 at both events with mirror-like bests of 3.862 and 3.867. A dropped cylinder against John Force in Pomona cost them round two but they bounced right back in Phoenix with Sunday runs of 3.878, 3.864, 3.871, and, in the final against Beckman, a 3.883 to earn T.J. his 20th career win.

Looking back: “We had a very consistent good car right out of the gate in testing and Pomona. We had an intermittent issue with dropping cylinders at the step and we kept fighting trying to find it and that’s what cost me second round in Pomona. We found it – it was in the fuel system and a few other things – but if we could have found the problem a little sooner I don’t think there was any reason why we wouldn’t have in the final in Pomona too because Force shut off against me and then [Matt] Hagan shook in the next round. We found it after Q2 in Phoenix and from there on it was like a bracket car.”

Looking ahead: “You might see guys pedaling more in qualifying now; there’s no such thing as a wasted run where you took a swing for the fences and didn’t make it; that won’t happen now. Q1 will be ‘get it down the racetrack’ and Q2 ‘improve it, not swing for the fence.’ I think you’ll see some different No. 1 qualifiers. It’s gonna take a few runs for the drivers to get back, so I might have an advantage. I did that a few years when I didn’t have a fulltime ride. I’d just jump in a car every few months so I’m used to that.” 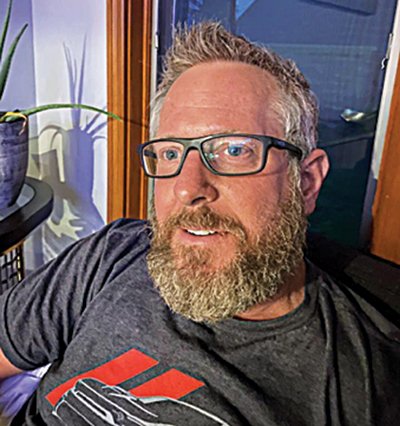 Shop talk: “Our car was scheduled for a front half after Gainesville and the guys came home from Gainesville and went ahead and did that so it’s basically a brand-new car waiting to go. They always run better with new pipe, so it should come out of the box better than it was. On the home front, I’ve just been tackling a lot of jobs around the house and working on this awesome beard.”

The final word: “I’ve got the hunger. I wanna go. Not like you don’t always have the hunger, but I mean it’s a new-found hunger like, ‘OK I’m ready to go; let’s do this.’ I’ve actually not wanted to win a season championship more than this year because it’s going to be so different. People will remember who won the championship the year it was so screwed up. It’s almost like it gives you even more incentive.”