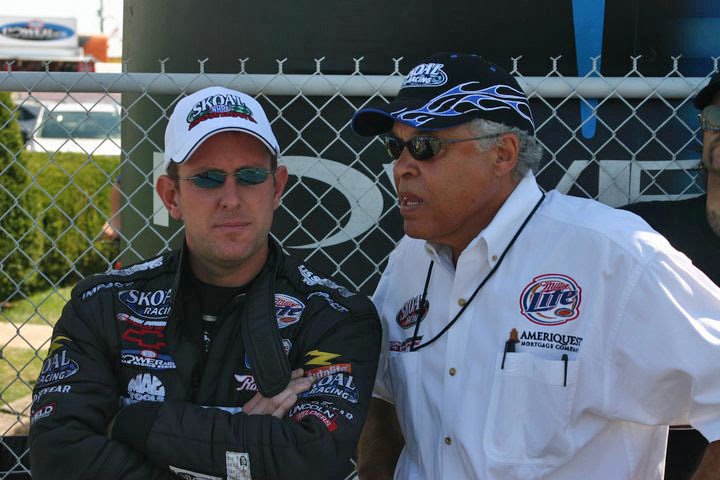 BROWNSBURG, Indiana (February 21, 2019) – It was in 1989 at Wild Horse Pass Motorsports Park, the scene of this weekend’s Magic Dry Organic Absorbent NHRA Arizona Nationals, that Make-A-Wish Foundation Dodge Charger SRT Hellcat Funny Car pilot Tommy Johnson Jr. made his professional NHRA debut behind the wheel of a Top Fuel dragster. Fast forward to 2019 and Johnson, who made the transition to the Funny Car category in 1999, sits on an elite list of 16 drivers to have claimed event wins in both the Top Fuel and Funny Car categories, and is one of 19 people to boast No. 1 qualifiers in both of NHRA’s nitro classes.

As Johnson, who has competed in 447 events and counting, prepares to celebrate his 30th anniversary of driving in the nitro ranks, he reflects on the past three decades spent chasing win lights all over the globe.

You’ve driven for four Hall-of Famers (Joe Gibbs, Don Prudhomme, Kenny Bernstein, and Don Schumacher). How have they influenced your career?
I’ve learned something from all of them. To drive for Gibbs, Prudhomme, Bernstein and now Don Schumacher, it’s flattering to know that those four have picked you to drive their car and cool to know they have that kind of confidence in you, it makes you feel good.

Your career has taken you all over the world, and you’ve won events in six different countries (United States, United Arab Emirates, Australia, England, Finland, and Sweden). Where do you consider to be your favorite place to race?
I’ve won in six different countries, but each one of them has their own unique flair. Of course, you want to race on the NHRA Mello Yello Drag Racing Series tour, that’s the biggest and best tour, but as a kid growing up, I always wanted to race in Australia, so it was cool to race there and get a trophy. To be able to race at Santa Pod, and over in Sweden and Finland, and the Middle East, there aren’t too many people that have had the opportunity to race a fuel car in the Middle East. I was always wanting to race the NHRA tour, that was always the goal, but it has been really neat to be able to race a Top Fuel car in all of those countries and win. I have an international trophy cabinet and an NHRA trophy cabinet, and not many people can say that.

Who has been your favorite competitor – past or present?
I don’t really have a favorite competitor. I think the coolest thing about it is I’ve been doing this for so long that I’ve had the opportunity to race different generations of drivers. I’m one of the few people out there right now that actually got to race against Shirley Muldowney and Eddie Hill and Don Prudhomme, Kenny Bernstein, Joe Amato and all of those guys from back in the day. And through the middle part of that, I got to race a different group of drivers, and today I’m racing another distinct group of drivers. I think with the longevity of it; it’s hard to pick just one, it’s just cool that I got to race against all those different generations of drivers. Not many people that can say that. I think it’s cool that I’ve done that and am still doing it.

Stating the obvious here, assuming your biggest and current goal is to win that first elusive championship title. Aside from that, what’s another item on our bucket list that’s been nagging at you?
Obviously, you want to win the championship. I’m not going to be upset if that never happens, they’re extremely hard to come by and extremely hard to win, and sometimes it’s just not your year. I think we’ve proven we’re capable of winning a championship. I’ve finished the season ranked third three times now and second once. The biggest thing I’d like to do, besides winning a championship, is win Indy. I’ve been runner-up there once and lost it on a holeshot, and it’s probably haunted me and has been the biggest aggravation of my whole career. I should’ve won that thing, and the last few years I’ve been to the semis three out of the last four years. It’s just another race, but it’s the big one, and I’d like to add my name to the Indy history books.

What race or moment stands out from the rest throughout your professional career?
There are several things that stand out throughout my career; one of them being in the four-second club and 300-mph club. There are only five of us (Top Fuel) drivers that are in both of those clubs. It’s myself, Eddie Hill, Joe Amato, Kenny Bernstein, and Don Prudhomme. That’s really cool to have your name on a list with those legends. It’s an accomplishment that can never be taken away.

The biggest victory that I’ve ever had has to be Englishtown in 2007. We were No. 1 qualifier, had the car to beat all weekend, and then it blew up and caught on fire first round. We won the round but burned the car to the ground, so I thought ‘that’s it, the weekend’s over.’ The crew was able to rebuild the car, and we went on to win the race that day. You can’t do that; it’s not possible to rebuild a car from the ground up. We took it down to the bare chassis, even had to put new seatbelts in it because the seatbelts were burned out of it. To be able to do that, come back and win the race was just a phenomenal feat – the ultimate team effort. The second round we ran low E.T. of the day, I won the semis on a holeshot and then we won the race, it was an incredible day, and you can’t write a script that would turn out that well.

There were a few years where you didn’t compete or raced a very limited schedule. Did you ever think ‘This is it. I may never be a full-time competitor again?’
There were several times when I didn’t know if I was going to race professionally again. It’s super tough to get a ride out there, especially a full-time ride, but I didn’t go away. I stayed in front of people. I worked for DSR doing the track evaluation job and just made sure people always saw my face. It’s hard to go to the races and watch other people do what you want to be doing, but I knew my only chance of getting back out there was making sure I wasn’t forgotten. We’re in a fast-paced sport, and they forget you in a hurry and I just made sure I was always in front of people, and if the opportunity ever came, they would think of me. Out of sight is out of mind, so I never let that happen.

Career Highlights:
One of 16 drivers in NHRA history to have claimed a win in both the Top Fuel and Funny Car categories
First Top Fuel win: Seattle, 1993; First Funny Car win: Reading, 1999
One of 19 drivers to have earned a No. 1 qualifying position in both Top Fuel and Funny Car
First Top Fuel No. 1: Sonoma 1994; First Funny Car No. 1: St. Louis 1999
Has won in the Top Fuel, Funny Car, and Top Alcohol Funny Car categories
Has won titles in six countries: United States, England, Finland, Sweden, Australia, and The United Arab Emirates 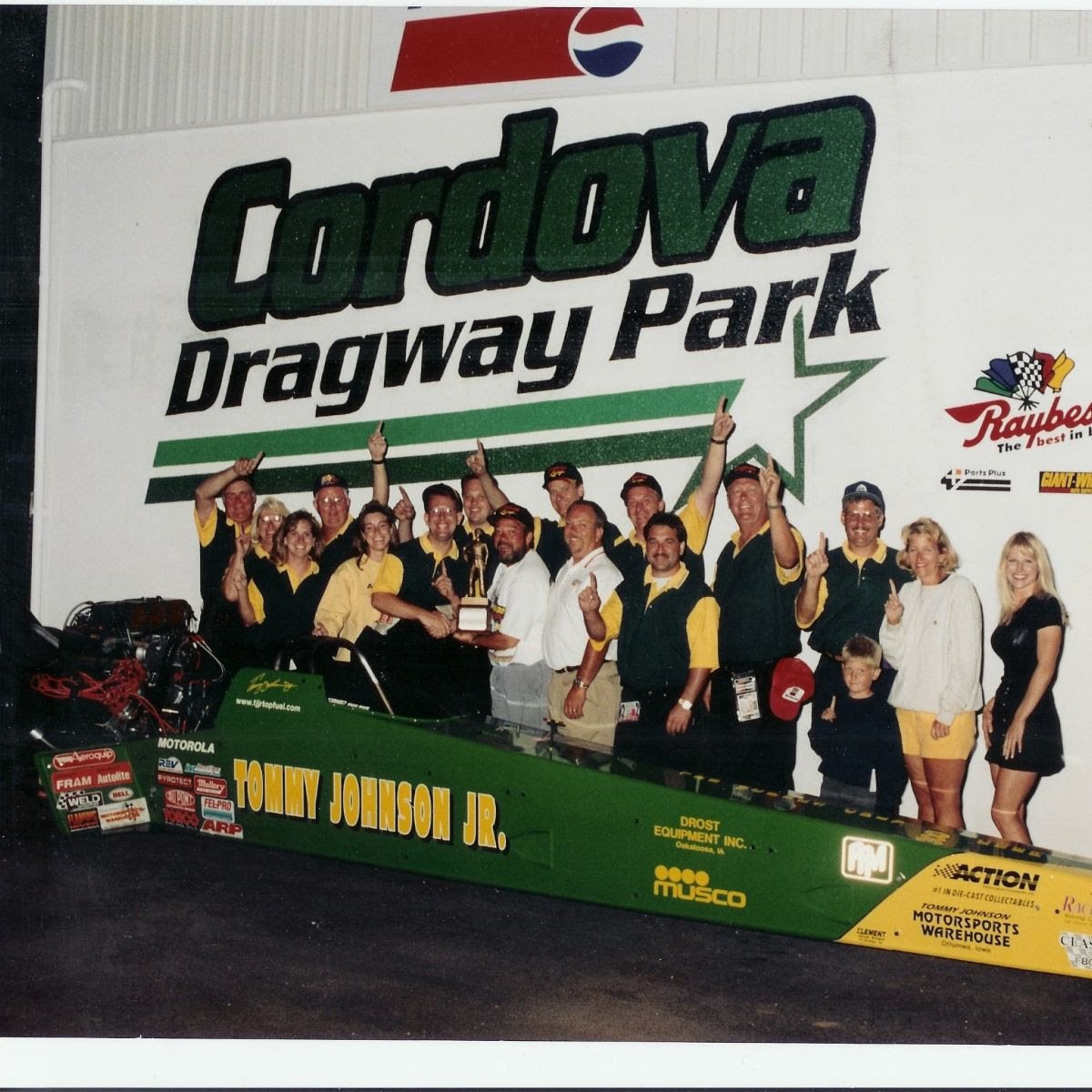 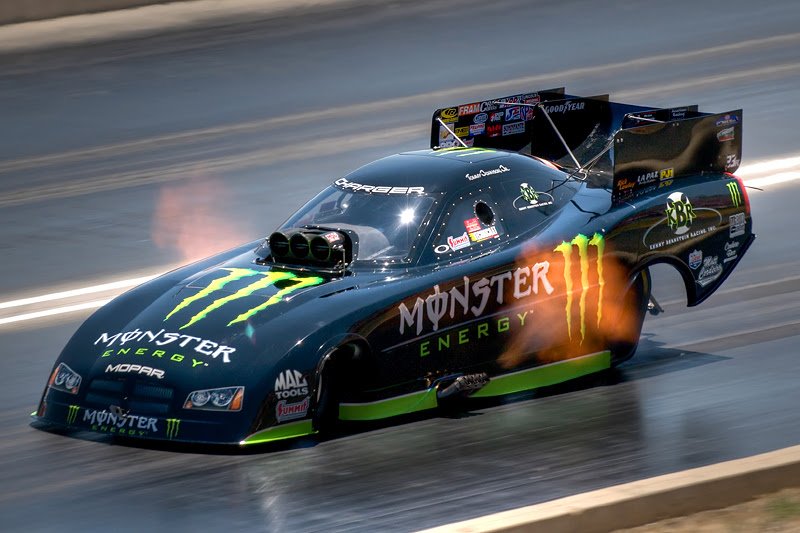 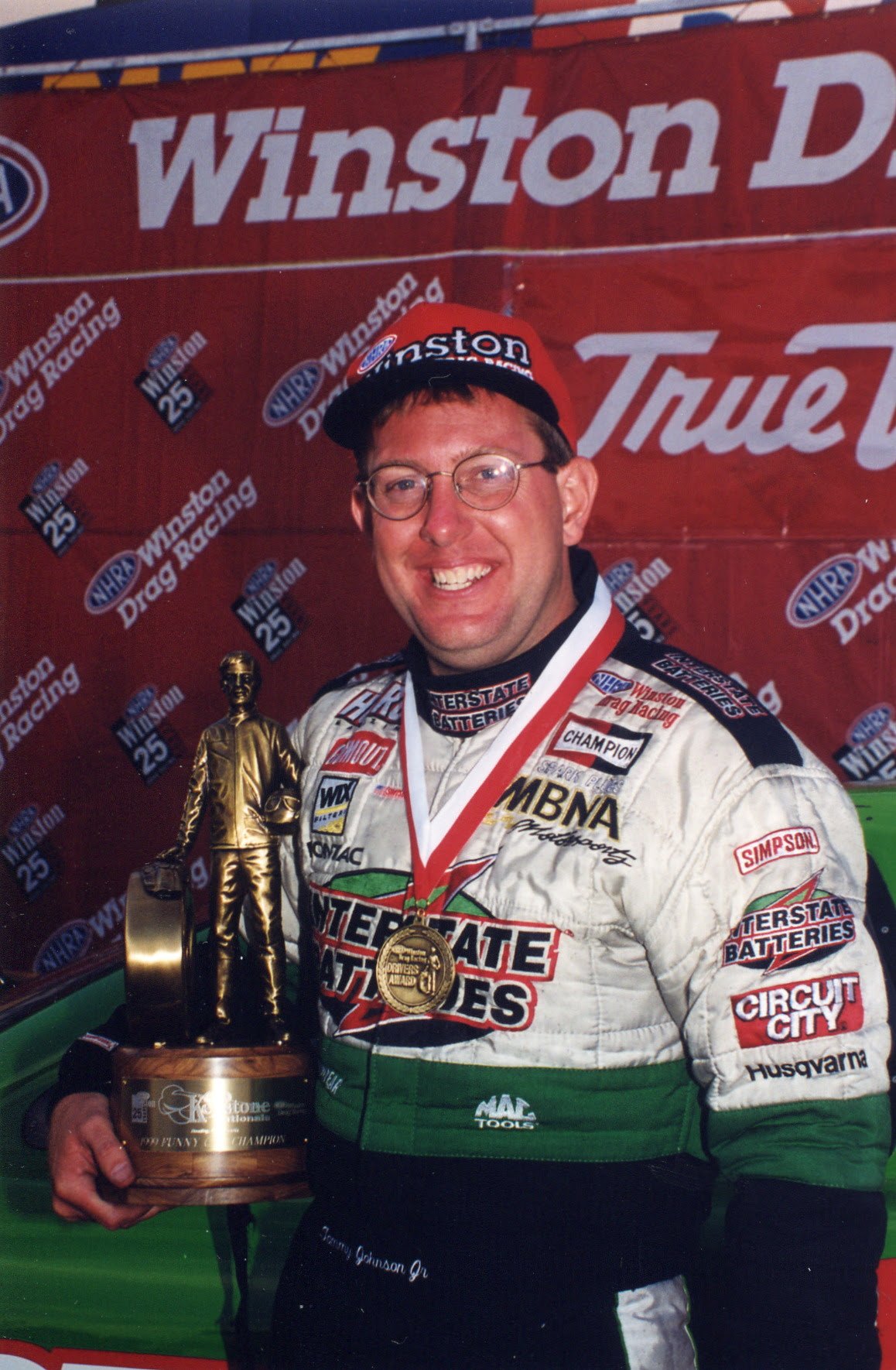