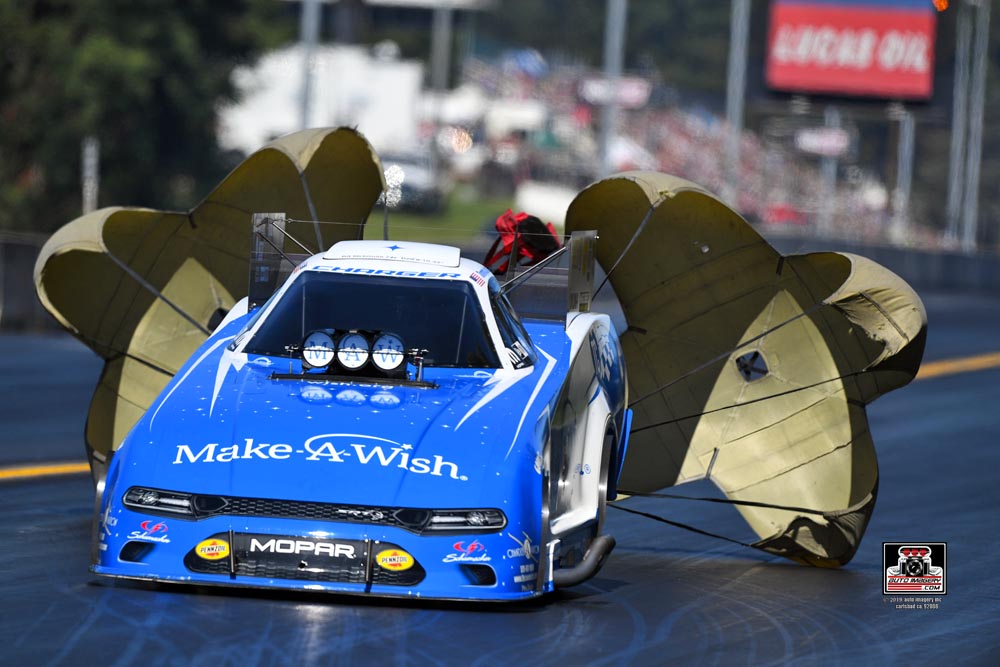 Countdown to the Championship standing: 5th

Quotable:
“St. Louis is a special race to me because my dad won that race in 1976 and it was his only national event win. I’ve never won it, but have been runner-up a few times. Warmer weather is in the forecast for this weekend, and I think that’ll be an advantage to our team, we seem to run better in the heat.

“We didn’t start the Countdown the way wanted; we’re in a little bit of a hole. You can’t have a bad race in the Countdown, and we’ve had one, so that means we need to have five exceptional races. It’s important that we go to St. Louis and do really well. To have any shot at the championship, I think we need to go to at least to the semis, probably finals, and get some points. We’ve had two bad races in a row, and before that, we hadn’t had two bad races all season, so I expect big things from our Make-A-Wish team this weekend.”