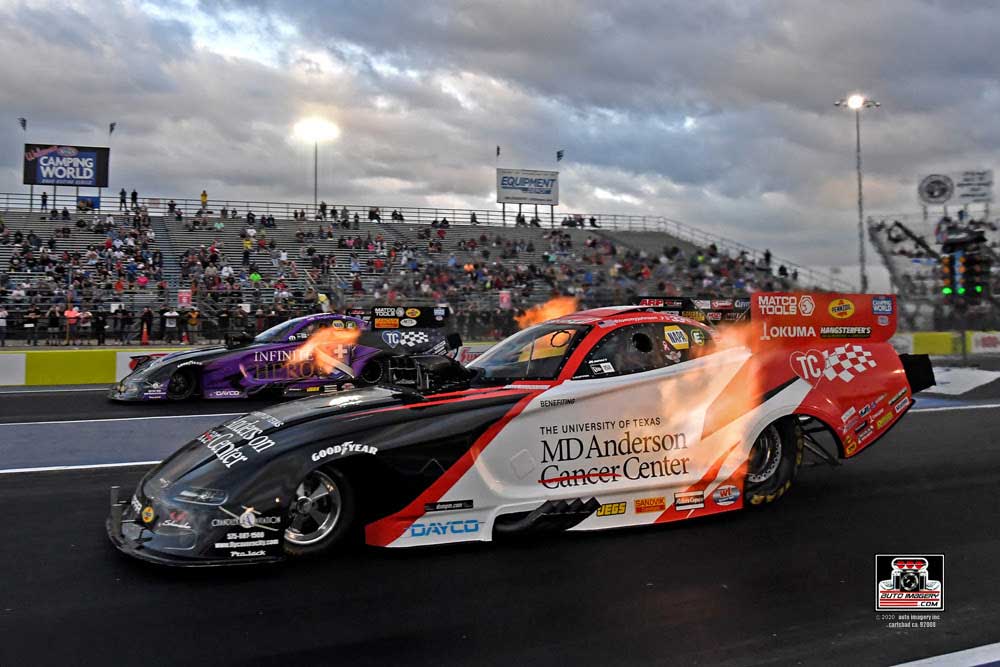 Note:
On Saturday, just prior to the first nitro qualifying session, Beckman will join Infinite Hero Foundation representatives on the starting line to present an iBot, a personal mobility device, to Richard Carson, Army Combat Medic (retired). The iBOT donation is made possible thanks to the incredible generosity of DSR sponsor Doug Chandler and the TLC Foundation, the Parasol Foundation, and the incredible fans who give so generously to support the Infinite Hero Foundation.

Noteworthy:
Currently ranked third, sitting 77 points out of first
Johnson is looking to deliver a ‘hometown victory’ for MD Anderson, headquartered in Houston

Quotable:
“If we have any shot at being in championship contention heading into the last race of the season in Vegas, then Houston is a must-win for our team. We didn’t have the weekend we were looking for in Dallas, so come Houston we will be pulling out all of the stops trying to put together a great weekend and a win to keep ourselves in it. It’s also going to be such a special weekend for us because it’s the hometown of MD Anderson and we would love nothing more than to win in their backyard. It’s a big weekend for us and we’re looking forward to it. We’ve got a great car, we’ve been running really well, we just need to put together four good runs on Sunday and I think we have a car that can win the race.”