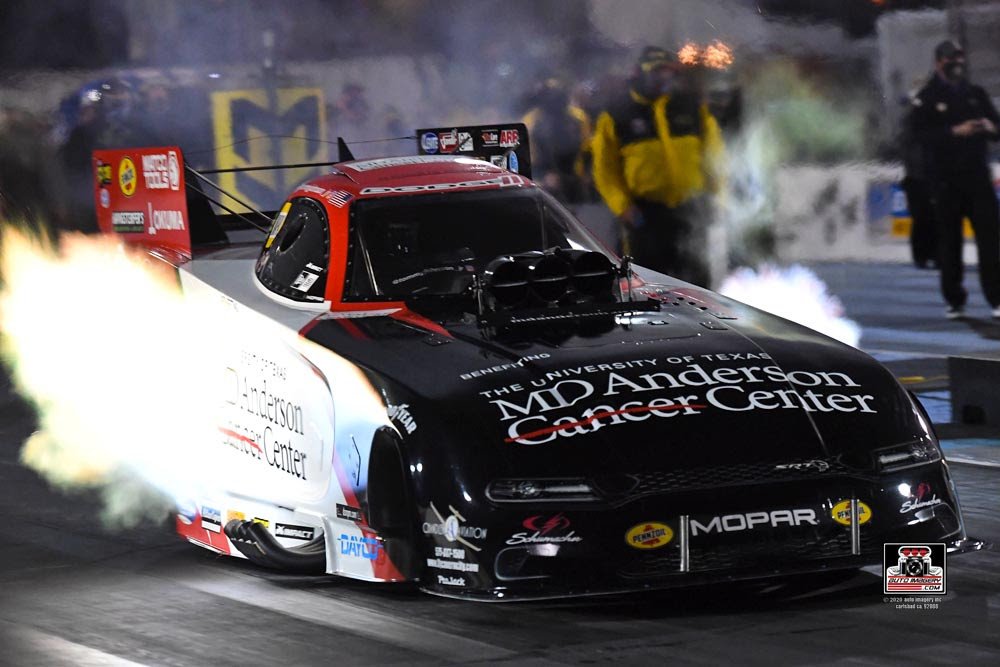 Quotable:
“Looking forward to Dallas, especially with the momentum coming off of the win at our last race in St. Louis. It’s getting down to crunch time, only three races left.

“Texas Motorplex is such a historic track. I’ve been going there for years, and there are quite a few sentimental memories there. This year, with the limited NHRA schedule, we weren’t sure what would end up back on our schedule, but I’m certainly happy we’re able to go to the Motorplex, the original all-concrete track. The conditions should be good for everybody. It’ll be interesting, we’ve had extreme heat followed by extreme cold at the last two races, so maybe we’ll meet somewhere in the middle this weekend. Our MD Anderson team needs to go rounds and we would love nothing more than to win it this weekend; that would help our cause a lot. Not only are we battling everyone else for the race win, but we’re battling our teammates for the points. It’s going to come down to the wire, but I’m looking forward to building off of the momentum we’ve got.”