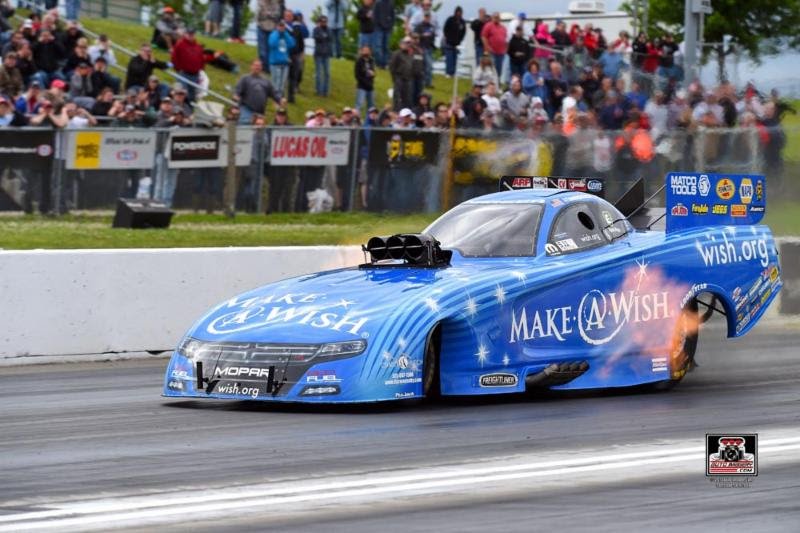 “Epping is one of my favorite tracks of the season,” said Johnson who was runner-up at the NHRA New England Nationals in 2016.

At last year’s event, Johnson and the team led by crew chief John Collins and assistant Rip Reynolds entered race day as the No. 3 qualifier with a time of 3.885 seconds at 326.95 mph.

Johnson advanced to the final round of competition before coming up short to Don Schumacher Racing teammate Ron Capps.

“The track has an old school feel, the fans in that area are tremendous and it’s beautiful there,” Johnson said. “It’s a place I look forward to every year. We’ve done well there the past couple years. Our team seems to turn a corner about this time of the year so I’m excited about going.”

This weekend is the fifth annual NHRA New England Nationals located at New England Dragway and the ninth event of the 2017 season.

Johnson and the Make-A-Wish team earned their only win of the season in Las Vegas but have yet to win a round since during eliminations on Sunday.

The Make-A-Wish team hopes to capitalize having four races in four weeks.

“The momentum builds when you go four in a row so why not bang them out? We’ll try to get out and do well for that stretch of racing.”