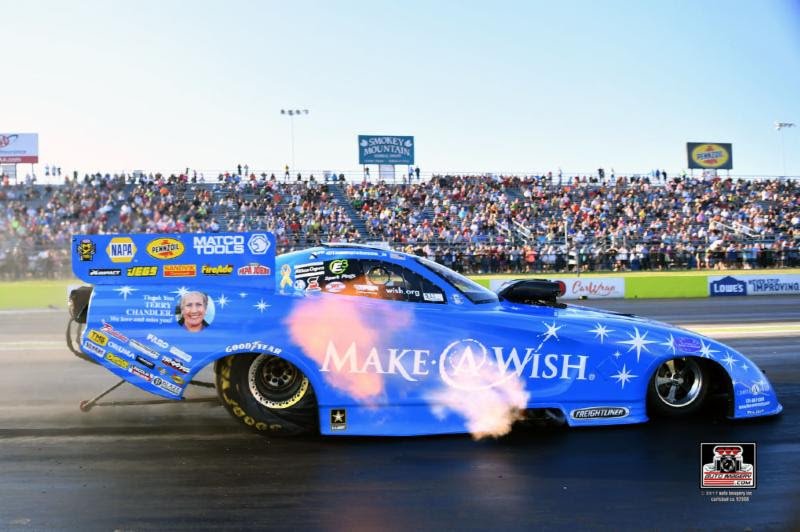 “It was just a weird first round, a lot of people were having issues and we were going right down there and then came loose,” Johnson said of the messy first round resulting in many drivers smoking their tires.

“I tried to pedal it and it wouldn’t go. I could hear him coming. It’s frustrating to lose that close after all the issues. We actually had a better race car this weekend, we’re just still not on top of it. We’ve got to get better.”

The NHRA will have a weekend off before traveling to Las Vegas for penultimate event of 2017.

“Going to back to Vegas where we won in the spring will hopefully bring a little bit of our luck back and we can get back on track. We’re going to do some testing after Vegas, looking forward to next season.”

Johnson and the team, led by crew chief John Collins and assistant Rip Reynolds, won the spring event in Las Vegas but has yet to visit a winner’s circle since.