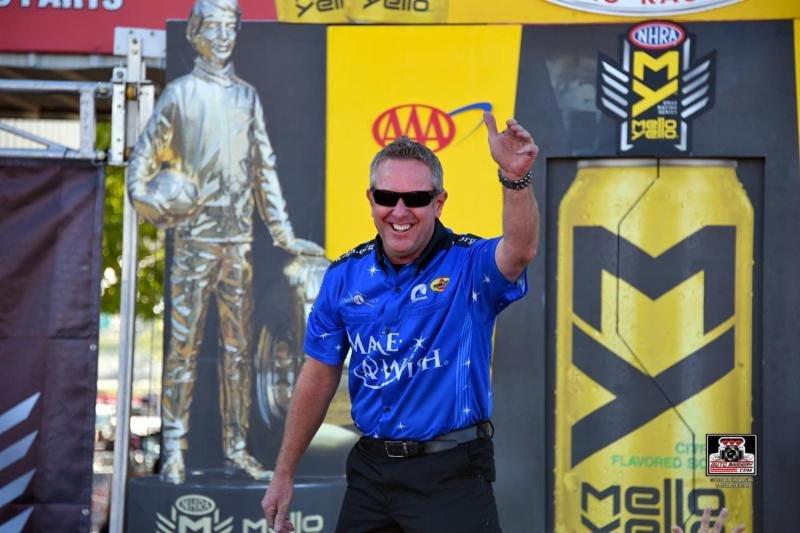 “Realistically, we have to win the next three races to have a shot at the Championship,” Johnson said.

“But it can be done so you can’t throw in the towel and give up now. We have our work cut out for us. There’s no reason we can’t do it. It’s going to be a tough battle.”

The Chandler’s Make-A-Wish team sits No. 7 in the NHRA points and 204 points behind the leader and Don Schumacher Racing teammate Ron Capps.

This weekend the NHRA Mello Yello Drag Racing Series is at the Texas Motorplex near Dallas for the 32rd annual NHRA FallNationals.

In 2016, Johnson entered the event as the No. 3 qualifier but lost in the second round on Sunday former Funny Car and Top Fuel world champion Del Worsham.

“It’s been warm there the past few years so we should have good data to go off when we get there,” said Johnson, who was the runner-up for the championship last year after being third the previous two years.

“We’ve ran so-so the past few years. I’ve been racing many years on that all-concrete surface. The track is always good and we’ll see if we can’t get the job done.”