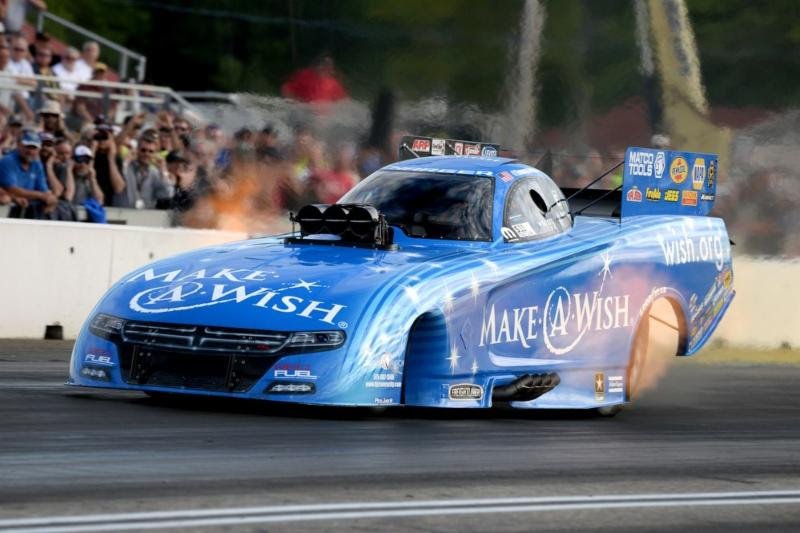 In 2015, Johnson was the runner-up at this event to John Force. He then finished runner-up to his Don Schumacher Racing teammate, Ron Capps in 2016.

This year, Johnson and the team hope to the advance to the final for the third straight year but to end the day in the winner’s circle.

“It hasn’t been our best qualifying effort here, especially for having so much success here the last few years,” Johnson said. “We always like to qualifying better than we did.

“We’ve got an uphill battle in from of us tomorrow but I’m confident that we’re close to getting it to run where we need it to.”

The Make-A-Wish Dodge qualified No. 9 with their time of 3.900 seconds at 324.75 mph. Johnson will race J.R. Todd of Kalitta Motorsports tomorrow in the opening round of competition. This will be the first event they have met on Sunday as Todd spent the past few years racing in the Top Fuel division.

“It’s just going to be a tough day. We’re going to have to fight this one out if we’re going to try going back to the finals here for the third year in a row, we’ve got some work cut out for us.”

This weekend kicks off a four-race swing throughout the Eastern half of the U.S. and Johnson would like nothing more than to go rounds on Sunday.
The team earned their first win of the season in March in Las Vegas but has not won a round on Sunday since.