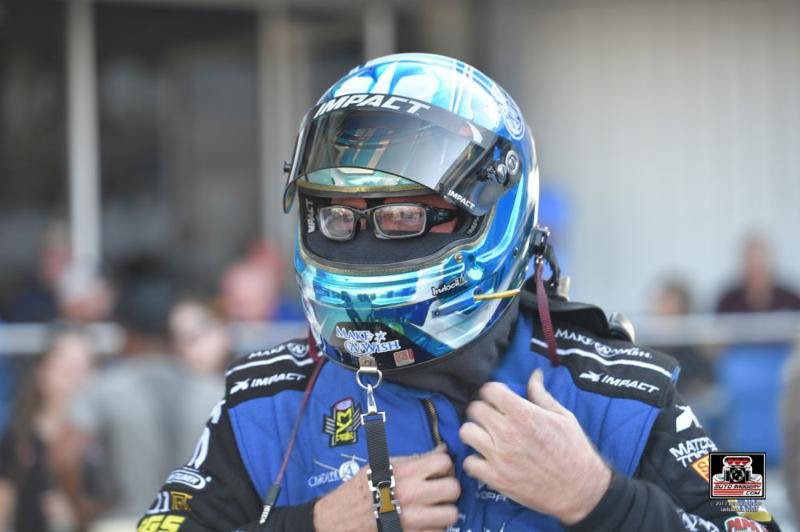 “We’ve struggled a little bit lately and hopefully this is where we can turn the corner,” said Johnson who currently is seventh in the NHRA points standings. He finished third in both 2014 and 2015 and was second in 2016.

Their Countdown to the Championship playoff efforts have been less than stellar with only two quarterfinal appearances.

“We won our only race so far this year in Vegas in the spring so I’m looking forward to getting back there and getting back on track.”

Johnson’s win in Funny Car in April was Don Schumacher Racing’s 299th and it was followed that weekend by Top Fuel teammate Antron Brown earning DSR its 300th.

This weekend’s 17th annual NHRA Nationals at The Strip at Las Vegas Motor Speedway is the penultimate event of the 2017 season.

“We’re going to do some testing on Monday at Vegas and begin working toward next year’s program.

“Hopefully at the same time, we can get our program back on track and go some rounds. We’d love nothing more than to go out with two wins at the end of the season.”

That won’t happen for Brown or any other driver in the nitro categories this year, largely because NHRA enhanced the points value for the season-ending NHRA Finals by about 150 percent.

At Las Vegas this weekend, like 22 of the previous 23 events in the Mello Yello Drag Racing Series, the most a driver can earn with a perfect weekend is 130 points; at Pomona, 191 can be earned.

No Top Fuel or Funny Car driver can leave Las Vegas with a 192-point lead and clinch a championship, and any driver 192 or more points out of first after Sunday’s final round at Las Vegas will be eliminated from contention.

The seven DSR drivers and 19 of the 20 in the Countdown remain alive in championship contention but most are likely to be mathematically eliminated after Las Vegas.

In Funny Car, DSR’s Ron Capps (NAPA AUTO PARTS) is atop the standings but just 24 points ahead of hard-charging Robert Hight of John Force Racing. The drivers each have won twice through the first four Countdown playoff races. Jack Beckman (Infinite Hero) is fourth, 186 back while Matt Hagan (Pennzoil/Mopar) is fifth (-226) and Tommy Johnson Jr. (Make-A-Wish) is seventh (-271).