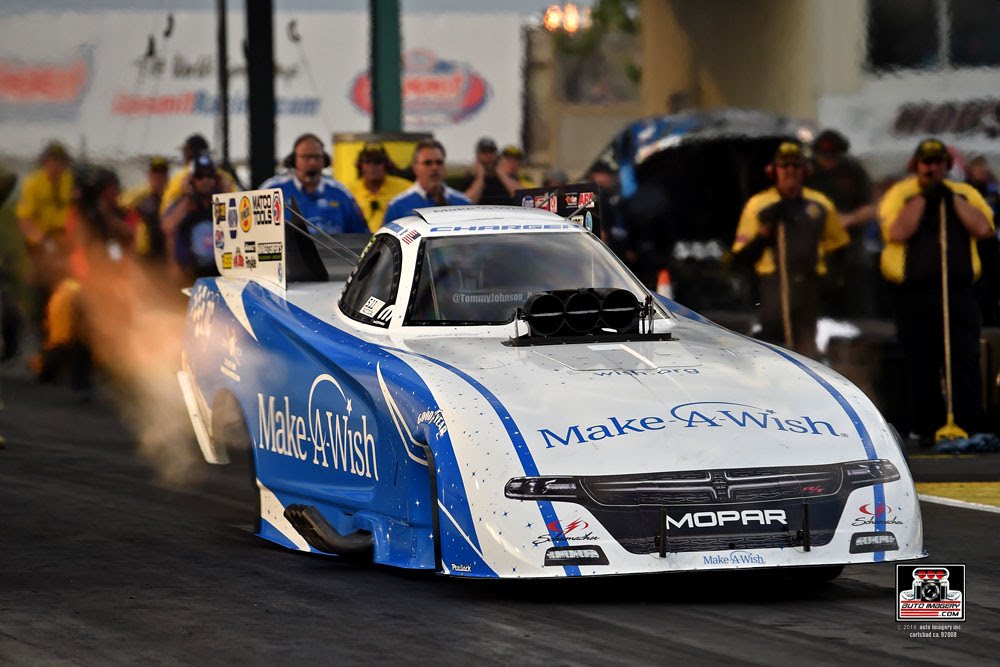 The Competition: No. 11 John Force

Quotable:
“It’s a tough race track with the changing conditions; the hot conditions we’ve had today and the difference in the track prep. It’s a struggle for everybody, we’re not the only ones. Tomorrow is a totally different day weather-wise, so we will come out and deal with it then. The Make-A-Wish team should be alright tomorrow, it doesn’t matter who we have to race.”