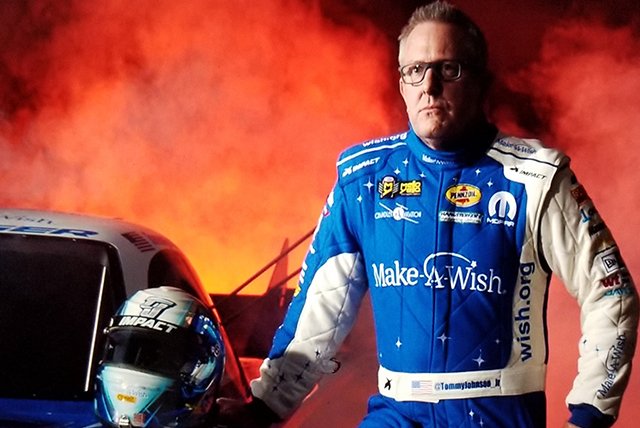 “We’re headed to the Four-Wide and I actually enjoy it but a lot of people hate it,” Johnson said of the unique format of the Four-Wide Nationals.

For 23 events a season, teams line up in pairs to face their competition. But in the spring at zMAX Dragway, the NHRA Mello Yello Drag Racing series lines up nitro cars in quads for a sensory overload of 44,000 horsepower. 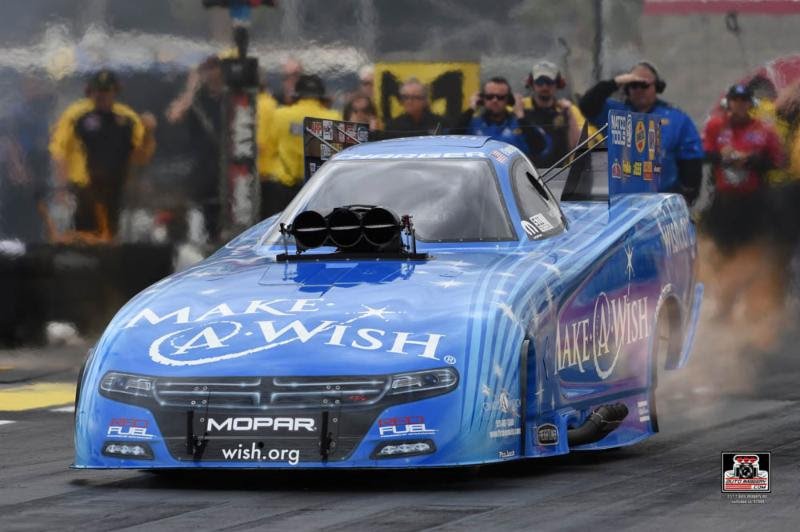 “I enjoy it. It’s different and I enjoy the challenge of it,” he said. “It’s definitely harder than racing two-wide just from a concentration level.”

There is an added level of difficulty to the Four-Wide because not only are drivers matched against three competitors, the staging process is different and has a history of giving drivers fits.

“I’m pretty confident about Charlotte. We didn’t run bad, we just didn’t run great in Houston. You’ll have a bad race every now and again,” Johnson said of his initial first-round loss of 2017 last weekend at the NHRA SpringNationals.

“I’ve done pretty well in Charlotte in the past and I’m looking forward to going their again and see if we can’t follow up from what we did there in the fall when we were runner-up so we’ll see if we can make that a little better.”

Last fall at the NHRA Carolina Nationals, the Make-A-Wish team led by crew chief John Collins and assistant Rip Reynolds entered race day as the No. 1 qualifying team and advanced to the final round before losing to John Force.

Johnson says that any time the NHRA travels to Charlotte it’s a bit of a homecoming for him as many of his family now lives in the area.