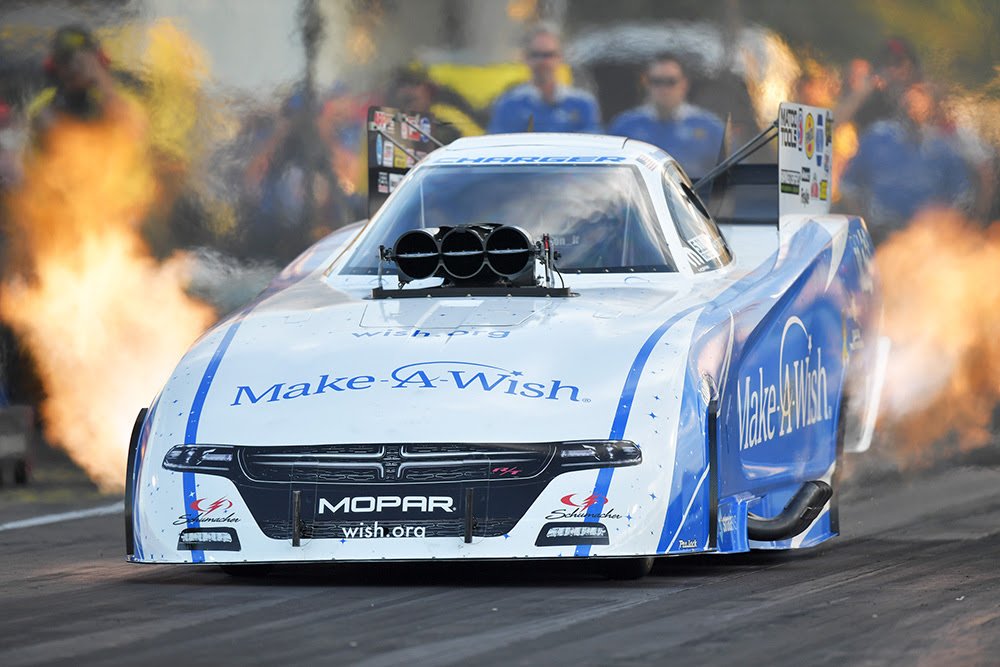 Race Recap:
Make-A-Wish Foundation Dodge Charger R/T driver Tommy Johnson Jr. came to Gateway Motorsports Park seeking his first victory at the track where his father earned his only national event win. The fan-favorite qualified No. 4 and started eliminations against No. 13 Del Worsham with a perfect run straight down the groove for the win.

Johnson faced Bob Tasca III in the quarterfinals and recorded a textbook 3.950 run, quickest of the round, for the win. Johnson would come up short in the semifinals against No. 1 qualifier and eventual race winner Robert Hight, his solid 4.008 at 320.13-mph pass not enough to beat Hight’s 3.945-second effort to the stripe.

Quotable:
“We had a really good car. We’re doing really well in the Countdown, it’s just that Robert Hight is becoming a real pain, but that’s a good motivator. I feel the four best cars in the Countdown were in the semis and I’m glad we’re one of them. We just need to pick it up one more notch and I think we’ll be the car to beat.”