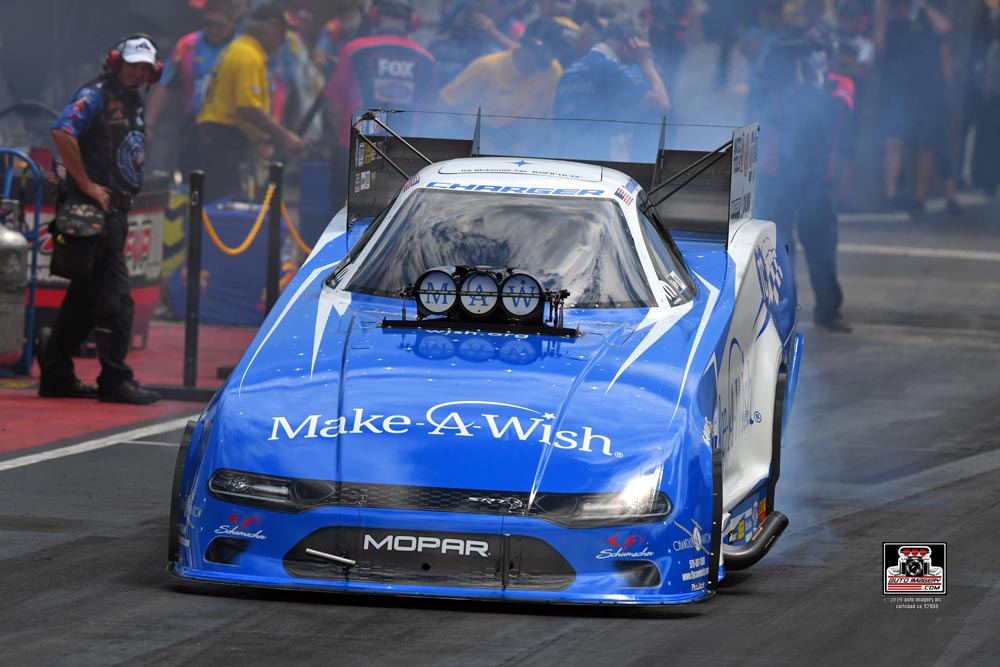 Noteworthy:
Enters the event fresh off of a win from the previous race (Denver) and is looking to capture his third victory of the season en route to ‘sweeping The Swing’
Captured his first professional No. 1 qualifier at Sonoma in 1994 (Top Fuel)

Quotable:
“Sonoma is a great race on the tour. Everyone always looks forward to going there, not only for the race but to enjoy wine country. Coming off the win in Denver, our team has a lot of momentum, and it’s the first time ever that I’ve had the opportunity to ‘sweep the Swing,’ and we need to keep that going and get a win in Sonoma. I know a lot of the crew chiefs are looking forward to getting out of the thin air in Denver and getting back to sea-level racing and I know we are too. Even though the car ran really well in Denver, I think we have a good car no matter the conditions so I’m looking forward to Sonoma and seeing if we can continue that momentum.”