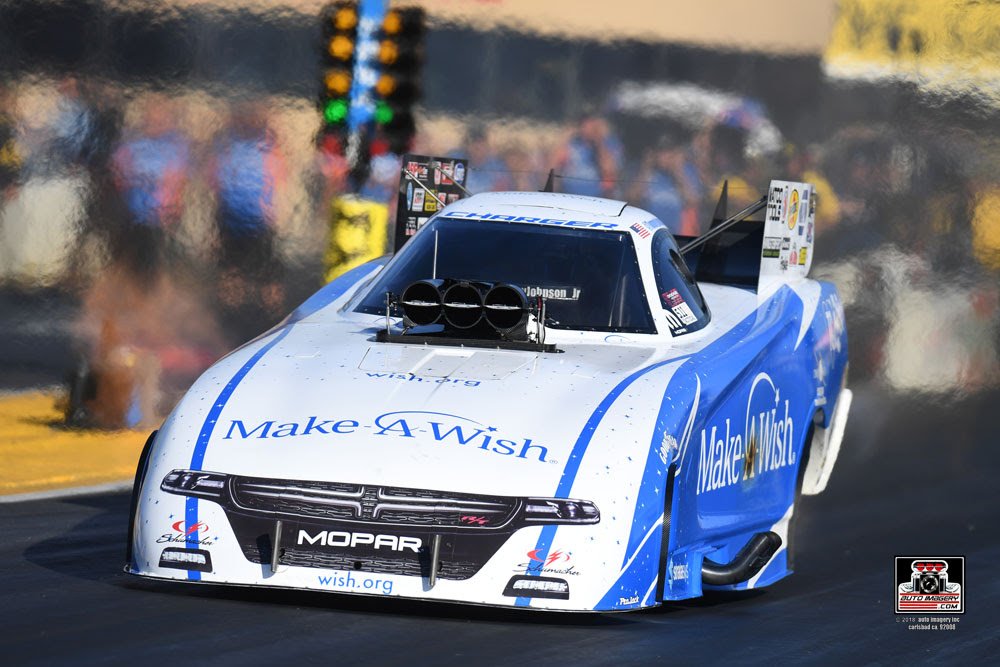 Race Recap:
At the scene of his career-first No. 1 qualifier, Tommy Johnson Jr. earned a position in the top-half of the Funny Car field to start race day in Sonoma. Against first round opponent Cruz Pedregon, Johnson navigated the Make-A-Wish Dodge down the stretch in 4.012-seconds, earning the round win and a spot in the quarterfinals.

Johnson lined up opposite teammate Jack Beckman in round two. Johnson had the starting line advantage against Beckman and was able to use his quick reaction time to snag the holeshot win over Beckman and advance to the semifinals.

The John Collins-led team tuned Johnson to a solid 3.990-second at 323.81-mph pass, but the Make-A-Wish car was narrowly defeated by Robert Hight’s 3.956-second run, ending their day at the semifinals.

Quotable:
“It’s been a tough season. We’ve struggled and have not been as consistent as we’d like, but we’re starting to gain some traction and we’re starting to get the car real consistent and become really competitive. We went to the semis and would have liked to have gone further, but really happy with how the car is starting to come around. I think that’s super important because there’s just three races left before the Countdown and it’s the right time to start making some headway. So, I’m really happy and look forward to going to Seattle and continuing.”