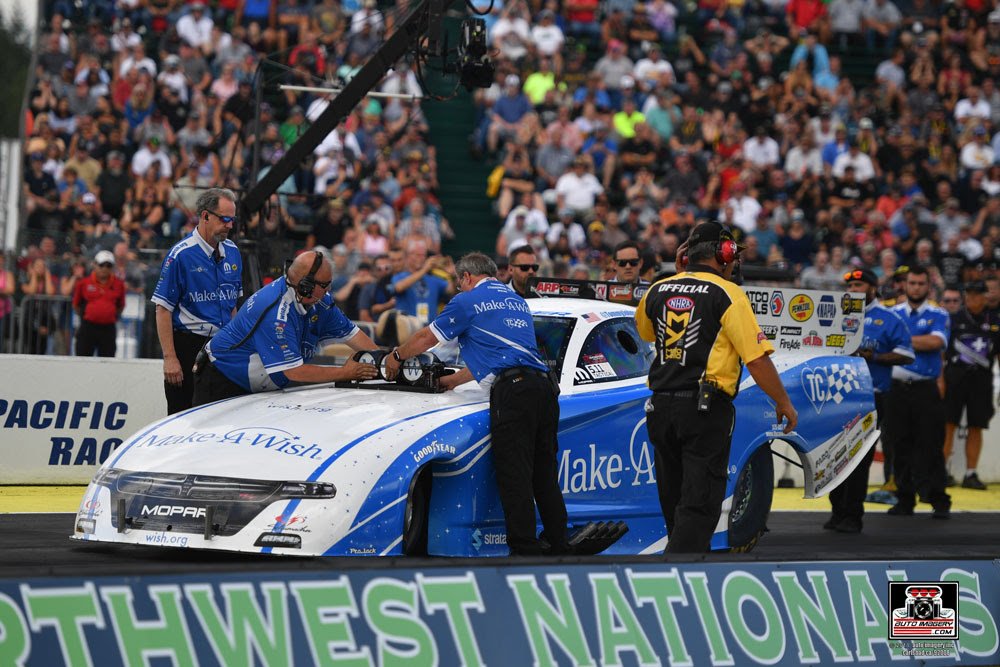 The Competition: No. 10 John Force

Quotable:
“We ran good on Friday but struggled on Saturday, so we’re going to have to figure out the hot weather tune-up because it’s going to be hot again tomorrow. The guys will look at all of the data tonight, learn from what we didn’t do today, and hopefully we’ll do it tomorrow.”