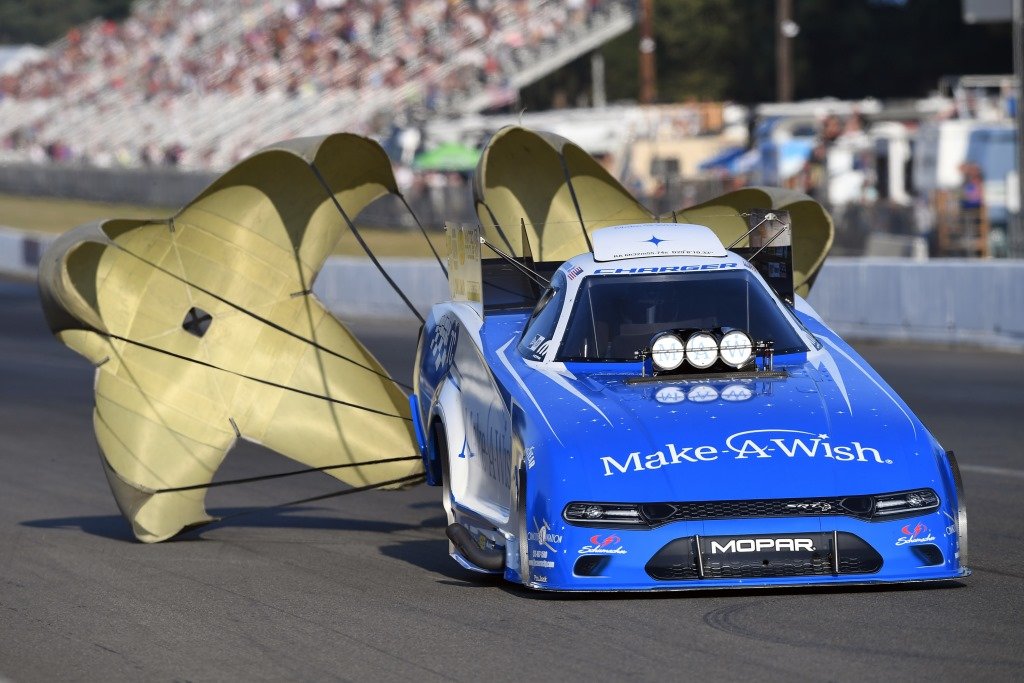 Race Recap:
After opening the Western Swing with a triumph at the Dodge Mile-High NHRA Nationals, Tommy Johnson Jr. was hoping to bookend The Swing with another win on Sunday at Pacific Raceways. Behind the wheel of the Make-A-Wish Dodge Charger SRT Hellcat, Johnson made his best lap of the weekend to close Saturday and set up his seventh 2019 matchup with teammate and fellow Hellcat Funny Car driver, Jack Beckman. Johnson defeated “Fast Jack” in the second round in Denver and was looking to make it two straight. He had a slight advantage at the start, but that lead was short-lived when his machine went up into tire-smoke just after 200 feet. Johnson, who clinched his spot in the Countdown last weekend in Sonoma, is ranked second in the standings with two races remaining before the points are reset for the six-race championship battle.

Quotable:
“Our qualifying position bit us more than anything. It hurt not having lane choice in the first round. The track became a one-lane-track pretty fast during that first round and not having lane choice was definitely a disadvantage. We’ll go home and put a new front-half on this car and go into Brainerd with a fresh car, and get our consistency back, and get back on a high note. I’d grade the swing a B for us, overall, with a win and a semifinal finish. You never like a first-round loss, and if we could have gone some rounds today, it would have been an A.”