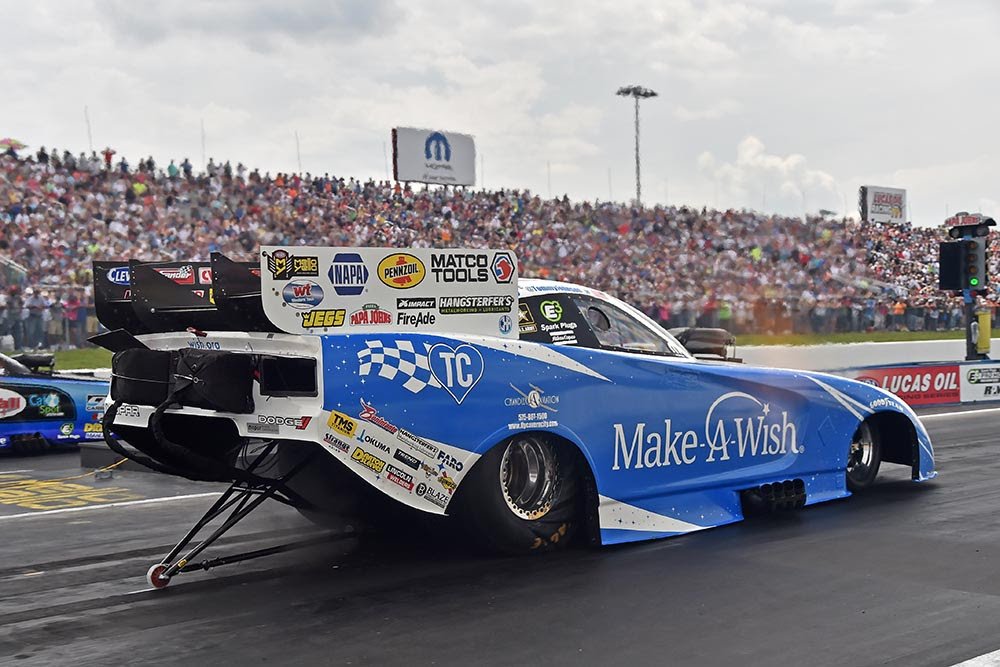 Race Recap:
Tommy Johnson Jr.’s round-one matchup found him lined up opposite John Force. Johnson was first out of the gate and the Make-A-Wish Dodge led early. By the 660-foot mark, Force was able to catch up and eclipsed Johnson soon after, ending the Make-A-Wish team’s day early.

Quotable:
“It was a frustrating weekend. We were off a little bit all weekend. We actually feel good and confident with the new car. We’re starting to figure it out.

“It’s disappointing losing first round, especially with as hot as it is out here. It’s tough, if you’re going to suffer through this, you might as well get a win. But we’re really looking forward to Bristol. I think we will start to turn a corner there.”