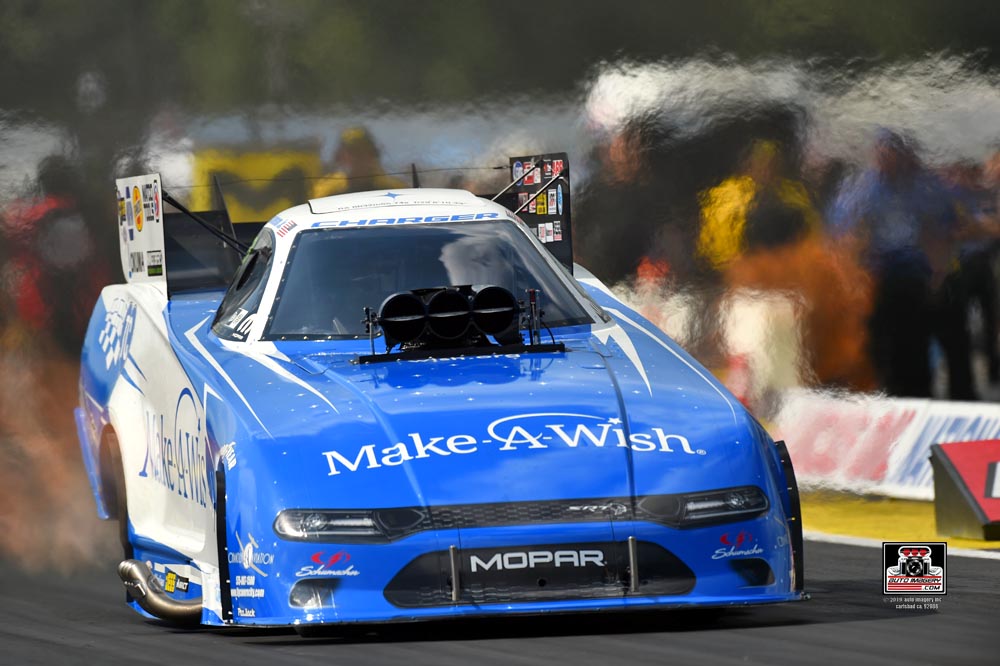 Countdown to the Championship standing: 3rd

Quotable:
“Reading is one of my favorite races, and it always has been. It’s a neat area and the fanbase is really strong. I won my first Funny Car race there back in 1999 and I was able to do it again a few years ago here at DSR. Reading is the start of the Countdown and it’s super important to get off to a good start. The points are reset and we’re close to the top so it’s a must to come out of there with a good performance. We’ve done pretty well there the past few years, got a runner-up in 2014 and won it in 2016 so it’s just a great event for everyone.

“We’re coming off of a rough Indy; things didn’t go our way, but that doesn’t waiver our confidence any. We have a good team and a good car, and we’re looking forward to starting the Countdown, and would love nothing more than to win it for MOPAR and Pennzoil at their event. Before the racing even gets underway, I’ve got my sights set on winning the home run derby at the MOPAR Mega Block Party, and hopefully make it two wins and sweep the weekend.”