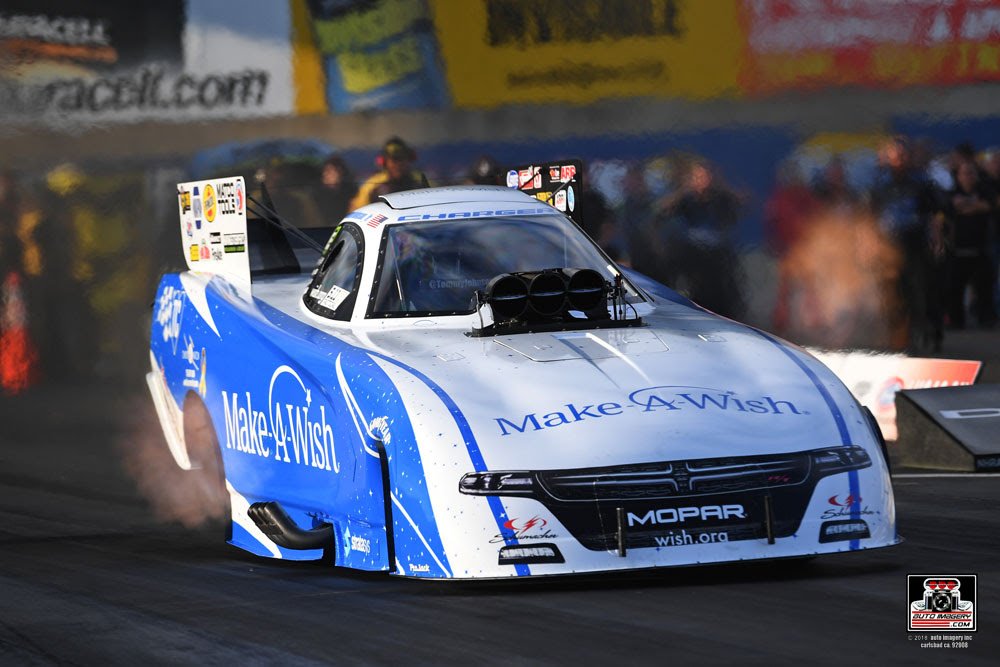 Race Recap:
Tommy Johnson Jr. started race day from the No. 3 spot after blasting to the quickest run of the final qualifying session. Behind the wheel of his John Collins-led Make-A-Wish Foundation Dodge, Johnson claimed the win over first round opponent Jim Campbell with his 3.950-second pass versus Campbell’s tire smoking attempt.

Round two found the two-time Reading champion matched up against the reigning world champion Robert Hight. The two drivers were nearly even until just past the 330-cone when Hight pulled ahead to post the round win.

Johnson, who claimed his first Funny Car event win at the 1999 Reading event, will leave Maple Grove Raceway sitting in the seventh spot in the NHRA Countdown rankings.

Quotable:
“We had such a good race car all weekend and to come up short second round, it’s just frustrating. It was an opportunity to make up some ground in points; we did a little, but it could’ve been a really good day for points. I still think we have a really strong car for the Countdown. We’ll regroup, go to St. Louis and see if we can’t continue the streak we’re on.”