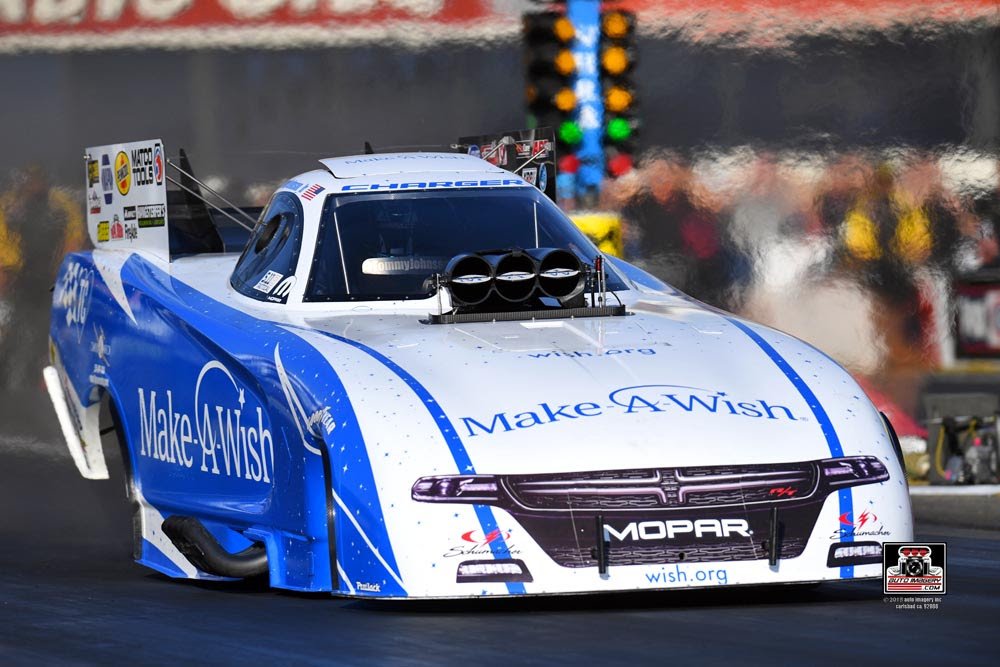 Countdown to the Championship Ranking: No. 5

Noteworthy:
– Returns as the defending Funny Car event champion
– Johnson has been to the Pomona II final round the past three years in a row, winning in 2016 and 2017, and finishing as the runner-up in 2015
– Has earned the pole at the previous three NHRA events (Dallas, Charlotte II, Las Vegas II)

Quotable:
“Looking forward to Pomona. Going to the final the past three years in a row, and winning it the last two years, it gives you a lot of confidence and it’s a great way to finish the season strong. We’re excited about our chances there. Unfortunately, 2018 wasn’t the championship year we were looking for, but we’re still looking to go out, finish strong and see if we can’t keep things going with a fourth No. 1 qualifier in a row, and a third consecutive NHRA Finals event win.”