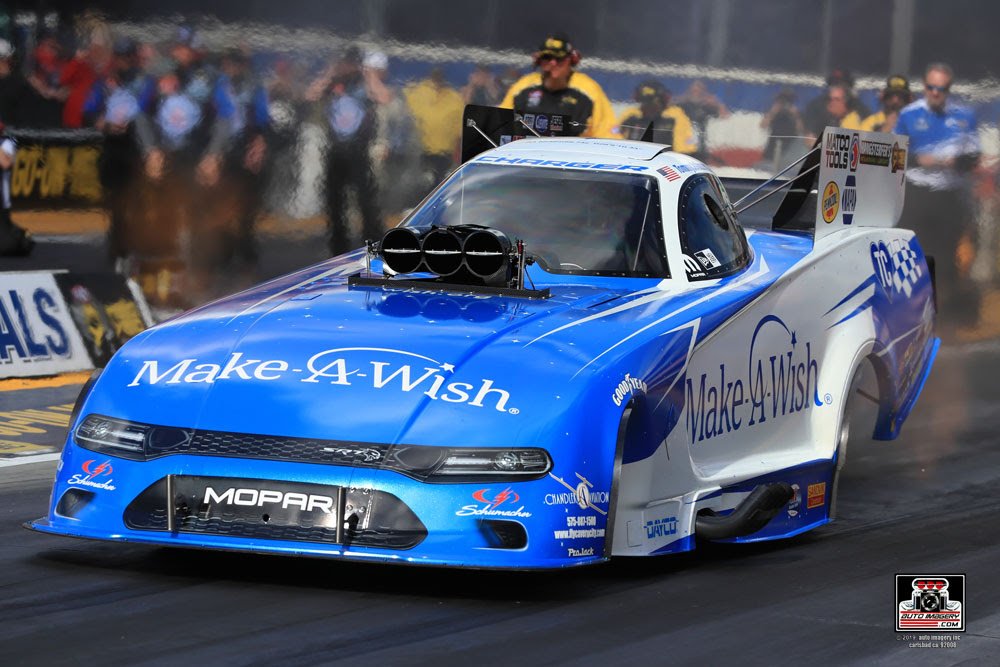 Note: The majority of Sunday’s elimination rounds were postponed until Monday due to persistent rain

Race Recap:
Fresh off a runner-up finish at the most recent event at the Auto Club Raceway at Pomona, Tommy Johnson Jr. and the Make-A-Wish team picked up right where they left off, making two bonus point-worthy runs during qualifying to claim the No. 3 starting position.

Johnson picked off tough competitors in Tim Wilkerson and Shawn Langdon to earn a spot in the semifinals which featured a ‘giving car’ matchup between Johnson and teammate Jack Beckman behind the wheel of the Infinite Hero Foundation Dodge Hellcat.

Against his teammate, Johnson was quick off of the line and earned the holeshot advantage before his 11,000 horsepower Funny Car shook hard and rattled the tires, enabling Beckman to drive past and capture the round win.

Quotable:
“It’s been a really good start to the season; our best start as a team. To leave here third in points and makes some really nice runs, I’m really happy with this car. We finished the year with it and put it away last winter. We brought it out and it picked right back up where it left off. I’m really excited and think we have a really competitive team for the rest of the year.”