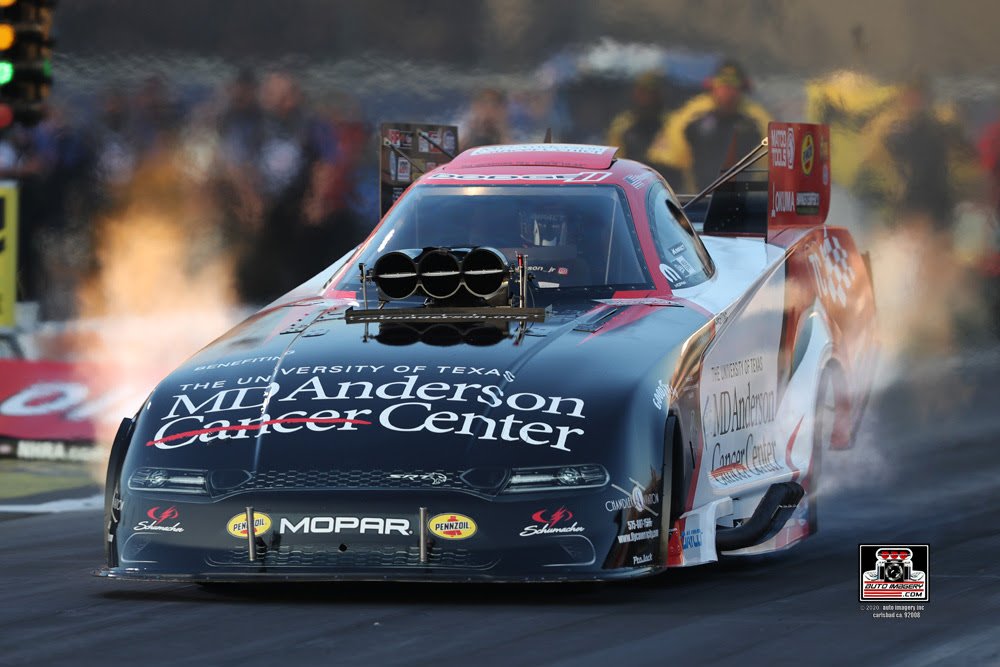 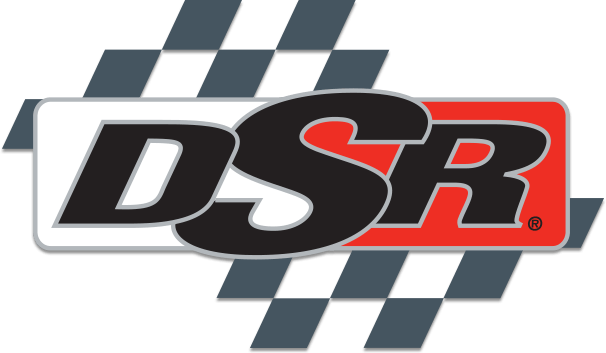 POMONA, Calif. (February 9, 2020) – Jack Beckman and the Doug Chandler-sponsored Infinite Hero Foundation Funny Car team started the 2020 NHRA Mello Yello Drag Racing Series season the same way they ended 2019 – in the winner’s circle at Auto Club Raceway at Pomona. While reflecting on Sunday’s victory, his 31st in the Funny Car category, Beckman described his triumph at the 60th running of the NHRA Winternationals as a ‘pinch me’ moment.

“It’s beyond magical,” said Beckman of his first Winternationals Funny Car trophy. “I’ve said it before; you don’t know if your last win is your last win. I’m going to go out on a limb and say that this ain’t our last win. The Infinite Hero team is just on it. Our car has been amazing.”

Beckman’s march to the winner’s circle began with a near-perfect showing during qualifying. Behind the wheel of his Doug Chandler-sponsored Infinite Hero Foundation Dodge Charger SRT Hellcat, Beckman recorded the quickest run of Q3 and was second-quickest in Q1, Q2, and Q4 to earn the most bonus points (nine) among the Funny Car category, and lock-in the No. 2 qualifying position. The momentum from his strong qualifying performance carried into race day, when other than a hiccup in round one, he clocked 3.8-second passes in the remaining three elimination rounds. Beckman defeated Steven Densham in round one, teammate Ron Capps in round two, and Alexis DeJoria in the semifinals to set up a final round matchup with John Force.

Against Force, the Dean Antonelli/John Medlen crew chief duo turned up the wick and tuned Beckman to a monster pass of 3.837 seconds, low E.T. of the event. By defeating Force, Beckman was successful in capturing his second nitro win at his hometown facility, and fourth overall, including his two Super Comp wins.

“To beat John Force in the final makes it a pretty cool weekend,” said the Norco, Calif. resident. “It’s my home track. I’ve probably spent more time down there on that starting line than anybody else. I feel comfortable here with a lot of friends and family out here today. It was just the perfect storm. I had never won a nitro title here at Pomona until November of last year, and now I’ve got two in a row.”

Over the course of the season-opening weekend, Beckman amassed 126 points and will depart the first race of the year as the Funny Car point leader. The 2019 NHRA Mello Yello Series Funny Car runner-up credits much of his team’s success to his crew chiefs’ testing strategy during the pre-season test session in Las Vegas.

“We legitimately treated pre-season testing as testing,” explained the 2012 Funny Car world champion. “We changed some stuff in the cylinder heads, we ran our spare parts, we ran a whole lot of different disc packages in there, and then we went back to the November tune-up for here. We’ll phase all the new stuff in as the season progresses. [That work] shows. We were ‘top two’ every run in qualifying, and except for the first round, we were low E.T. or second low of every single session. Our car was just absolutely amazing. As a driver, you don’t want to limp your way into the winner’s circle; you want to dominate. It was awesome for us. Good performance comes from confidence. Confidence creates good performance, and I just hope it snowballs for us.”

Race Recap:
Decked out in a new look, Tommy Johnson Jr.’s Dodge Charger SRT Hellcat was solid and consistent throughout qualifying for the 2020 season-opener. Johnson powered the MD Anderson Dodge to a 3.881 E.T. in Q4 to secure the fourth seed and a first-round matchup with Cruz Pedregon.

On Sunday morning, Johnson kicked off his campaign for a fourth Auto Club Raceway at Pomona Wally trophy by catapulting his Funny Car to its best run of the weekend (3.873 seconds) in round one to defeat Pedregon and move on to the next round against John Force. After a strong showing all weekend long, a dropped cylinder right at the hit of the throttle in the quarterfinals put the brakes on his efforts to start 2020 with a win.

Quotable:
“We had a great car all through qualifying, low E.T. in the first round, so that [dropping a cylinder] was the last thing we expected out of this thing. Obviously, something went wrong. It just doesn’t go from running that good to just dropping a cylinder right at the hit. We’ll look at all the data, find out what happened, and go into Phoenix with a lot of confidence on how well we ran this weekend.”