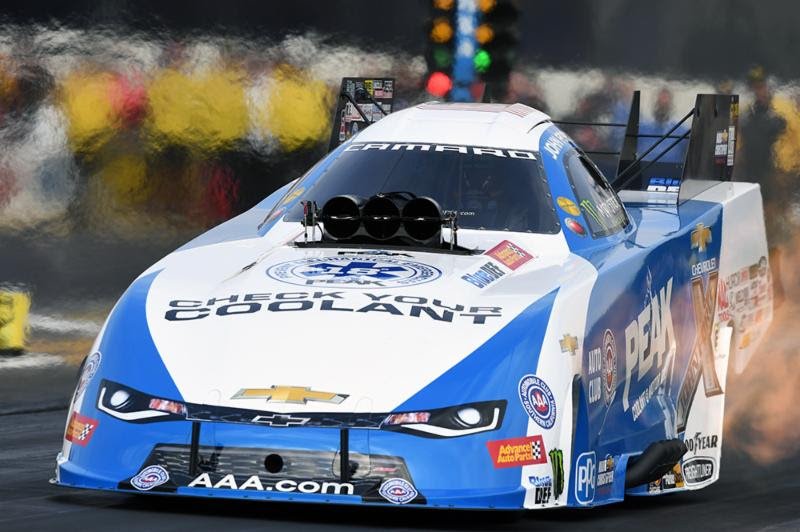 Race Recap:
The Make-A-Wish Funny Car pilot entered the NHRA Winternationals as the most recent Pomona Funny Car winner, having won the 2017 NHRA Finals. He was hoping to pick up his fourth Auto Club Raceway at Pomona event win on Sunday.

Johnson encountered troubles, going up in smoke early in the first round. His opponent Cruz Pedregon also hazed the tires. The veteran Funny Car drivers both pedaled, but Pedregon was already too far down track and is able to get the round win, ending Johnson and the Make-A-Wish team’s chances at starting the 2018 season with a Wally.

Quotable:
“It wasn’t what we expected coming into the first race of the season. We tested well. We’re still kind of in a test mode, because of the (new) six-disc (clutch). We’re trying stuff to make us better later in the season, and just never quite got it together this weekend. We’ll learn from it and go into Phoenix a lot stronger. We ran good there in testing, and have a lot more data there. The more data we can get, the better we’ll run.”