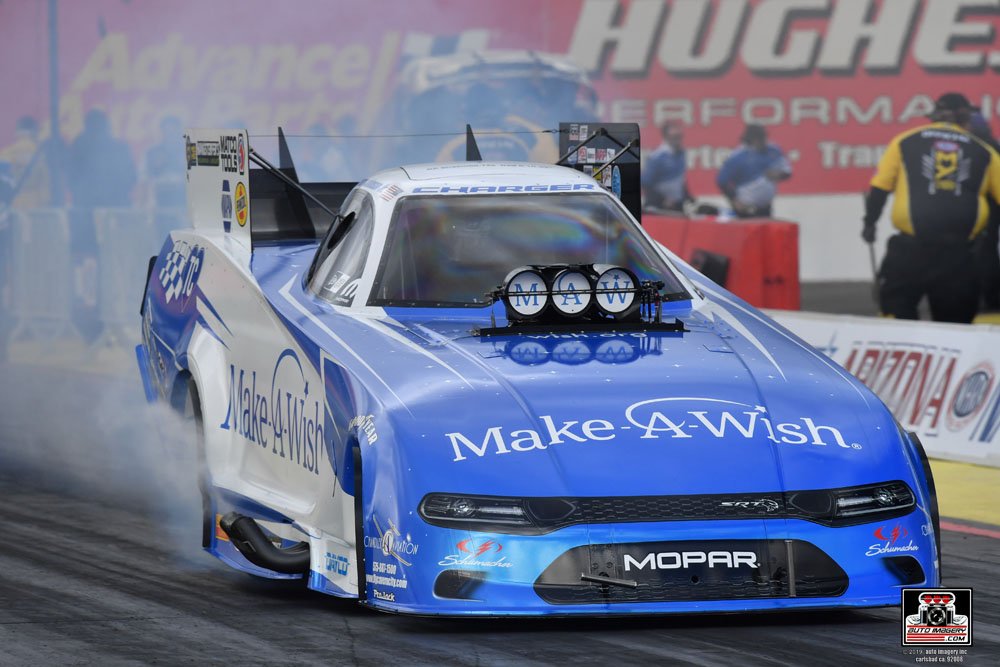 Johnson had the advantage on the starting line but suffered a chain reaction of mechanical issues just past the 330-mark, which resulted in an explosion. While Johnson controlled his machine and brought it safely to a stop, Campbell drove away and looked to be on his way to victory. Before reaching the finish line, Campbell crossed the centerline and made contact with the timing block which resulted in a disqualification.

With extensive damage to Johnson’s Funny Car, the Make-A-Wish team worked feverishly to get him back to the lanes for his second-round matchup with reigning Funny Car world champion J.R. Todd. Johnson and Todd launched together, but Johnson’s machine dropped a cylinder early into the run and gave way to another big boomer while Todd drove away with the clean round win.

Quotable:
“Today was a rough day. We had two separate totally different problems, and they happened on the same day, back-to-back. It’s awful rough. I felt we had a pretty good car going into race day, and actually first round it was running well before the axle broke on us. That just shows you what kind of team we have – the fact we came back from that and made it back up in time for second round. It’s a shame we had to have an issue again second round, it was totally unrelated. We’ll go back to shop, take the two weeks before Gainesville to regroup and come back swinging.”