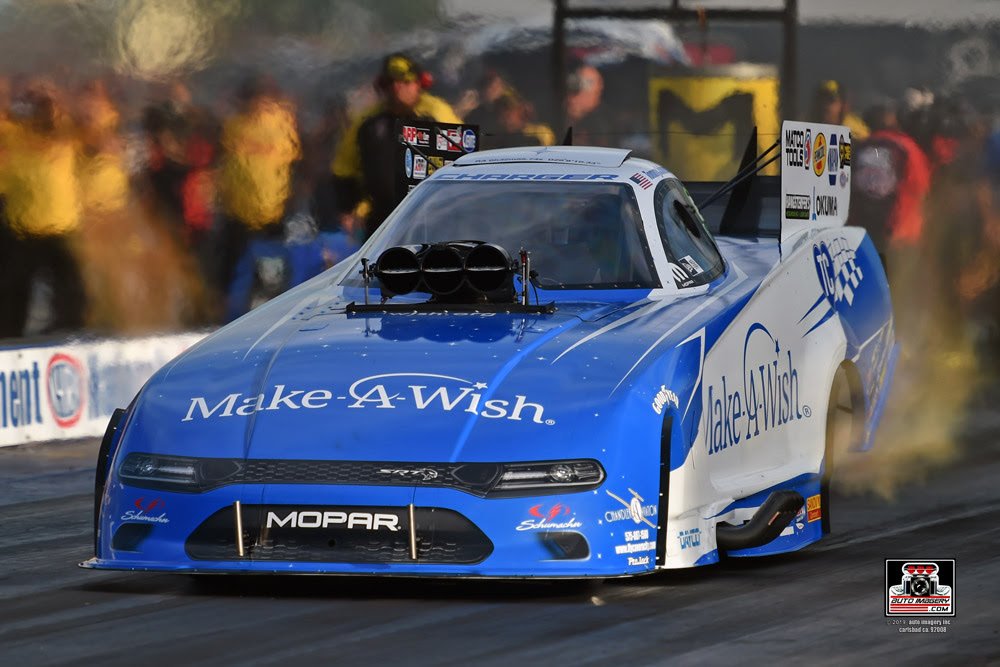 The Competition: No. 9 Tim Wilkerson

Quotable:
“I know (crew chief) John (Collins) and the Make-A-Wish guys were looking for a little more in that final qualifying run. They were trying to step it up. We are doing a little testing. We have been running really well, but you don’t stay running well if you don’t try some things. The guys have been trying some things this weekend and we are learning some stuff. I’m sure we’ll put the car back the way it normally runs tomorrow and we’ll go out there and win some rounds.”