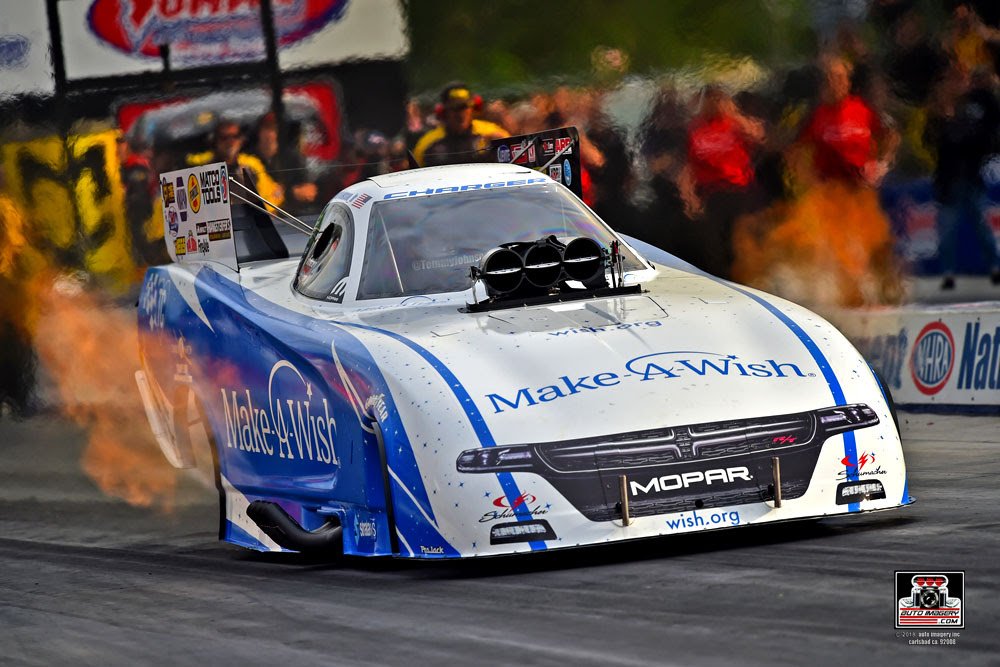 Race Recap:
Beginning eliminations from the No. 14 position, Make-A-Wish Dodge Charger R/T pilot Tommy Johnson Jr. faced off in an intra-squad battle with fellow DSR stablemate Matt Hagan. Johnson overcame his teammate’s slight edge off the starting line (a 0.071-second reaction time to Johnson’s 0.075) to put the nose of his Mopar Dodge out front at the 660-foot mark, but Hagan surged ahead to beat Johnson’s quicker 3.990-second effort to the finish by a razor-thin margin of about five inches.

Quotable:
“It’s a frustrating loss. To run so well and lose by less than one-thousandth of a second, all you can say is it was a great drag race. It was really, really close and I was happy with the way the car ran, it was just qualifying that bit us. Only having two runs and not getting a good qualifying run in on those two. The guys did a great job of hitting the tune-up on Sunday, it was just nine-thousandths of a second too short.”