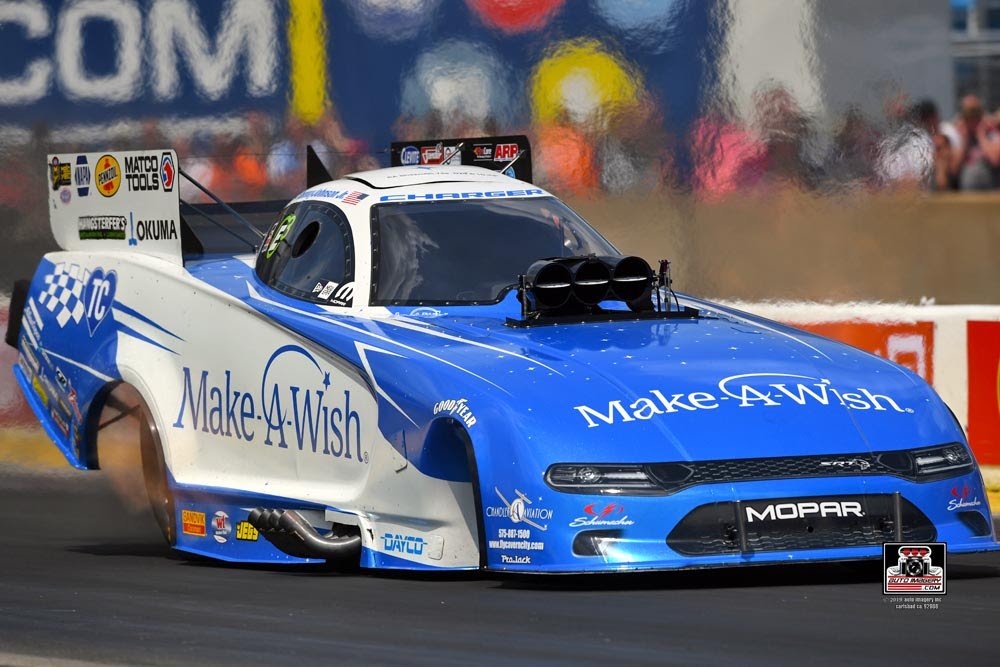 Race Recap:
After winning the Route 66 NHRA Nationals three weeks ago, Tommy Johnson Jr. was looking to bookend the four-race stretch with another victory behind the wheel of his Make-A-Wish Dodge Charger SRT Hellcat. He opened Sunday with a round win over Tim Wilkerson, extending his record to 25 – 6 over the tenured driver and set up a match with teammate Ron Capps. Against Capps, Johnson was clean from start to finish, clocking a run of 4.058 seconds to easily defeat the No. 1 qualifier who lost traction at the hit. Johnson advanced to his sixth semifinal of 2019 where he faced another teammate in Jack Beckman. Ultimately, Johnson suffered the same fate as Capps in the right lane. He lost traction early versus Beckman who also lost traction during his run, but Johnson wasn’t able to capitalize.

Quotable:
“We were hoping to have a shot at our first Norwalk win, but just overpowered the track early and couldn’t get it back under me to chase down Jack. We can’t be too disappointed in the four-race stretch. We got a win and two semifinal appearances. We’ve got a really good Make-A-Wish Dodge Charger SRT Hellcat right now. It’s been a long four-in-a-row, and everybody is looking forward to a weekend off. We’ll regroup and come back swinging in Epping.”