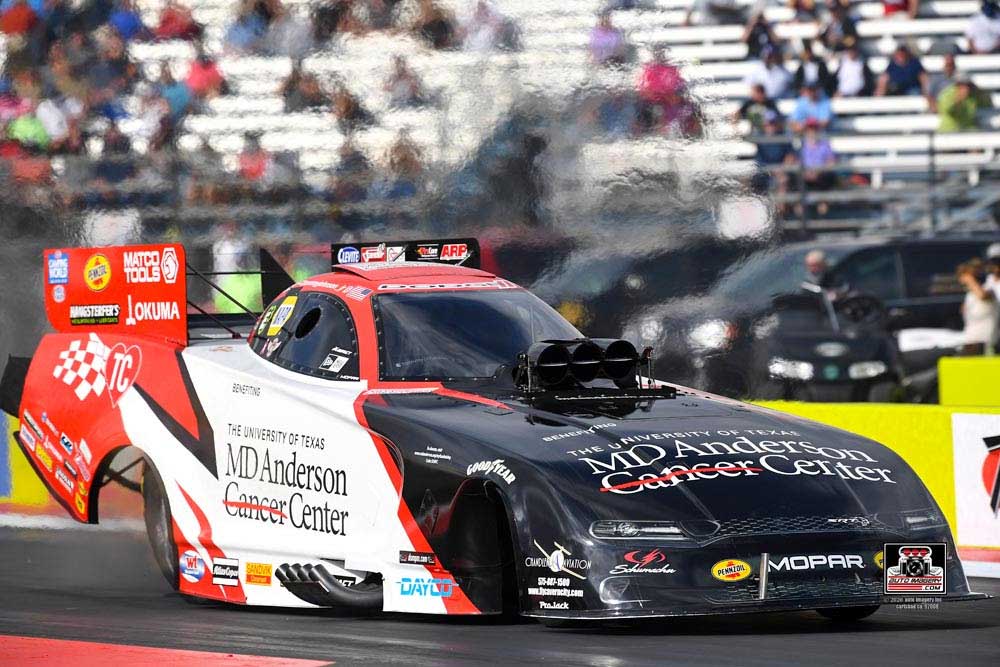 Ranked 2nd in the standings; 800 points

“It’s been an interesting year for sure and it’s coming to the last race of the season. There’s lots of mixed emotions. Honestly, I’m happy. We’re coming into this last race with a shot at the championship and I’m happy that we even got a season because it looked like maybe after the second race of the year we wouldn’t have a season at all.

“I’m excited to come into Vegas with a shot at this championship and the team has had a great season. It’s a track where I have had some success and do pretty well at. I’m a round-and-a-half behind Matt (Hagan), and Jack (Beckman) is right on our heels. To see the dominance that the Don Schumacher Funny Cars have had all season is really exciting. I think we are all excited to see if we can’t close out the season and sweep all the races with the DSR Funny Cars.

“I’m going to go out there and enjoy it and at the same time, give it all we’ve got and ride the momentum we’ve got coming off the win and the last few races on the tour. I’m happy for the guys. I’m happy for our MD Anderson Dodge Funny Car team. We’ve had a great season and would love nothing more than to be able to cap it off with a win and have a few things go our way and maybe sneak away with the championship as well.”