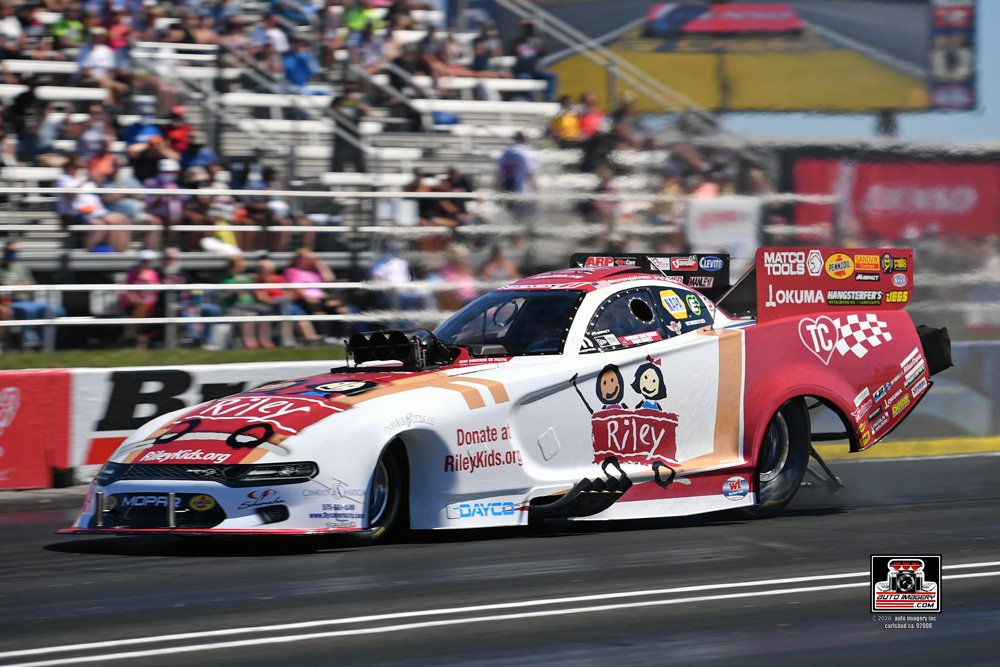 BROWNSBURG, Ind. (September 5, 2020) – Current Funny Car points leader Tommy Johnson Jr. secured the No. 1 qualifier position with his Riley Kids Dodge Charger SRT Hellcat on Saturday evening with his 3.878-second pass at 326.40-mph. It was Johnson’s third time securing the pole position over the last four events, and his 21st No. 1 qualifier overall.

Prior to rocketing to the top of the field, Johnson laid down the quickest pass of Q2, earning a total of six bonus points on Saturday. As the No. 1 qualifier, he will take on Dale Creasy Jr. in the first round of eliminations. The Avon, Ind. resident hopes to use the momentum of qualifying No. 1 to propel him through eliminations and into a final round showdown to vie for his first U.S. Nationals win.

“We missed it by just a little bit on Friday night,” said Johnson, winner of the 2020 NHRA Arizona Nationals. “We knew it was going to run a good lap and our car has the performance. I was glad to see a bit of a delay. The sun went behind the grandstands and the guys made a huge change in the clutch and I knew they were going for it. It was evident a few hundred feet into the run that it was on a good one. I knew by how hard it was pushing me back in the seat. The performance is solid. We have three No. 1’s and a No. 2 at the four races here at Indy. Now it’s time to turn those into a win.”

The Competition: No. 16 Dale Creasy Jr.