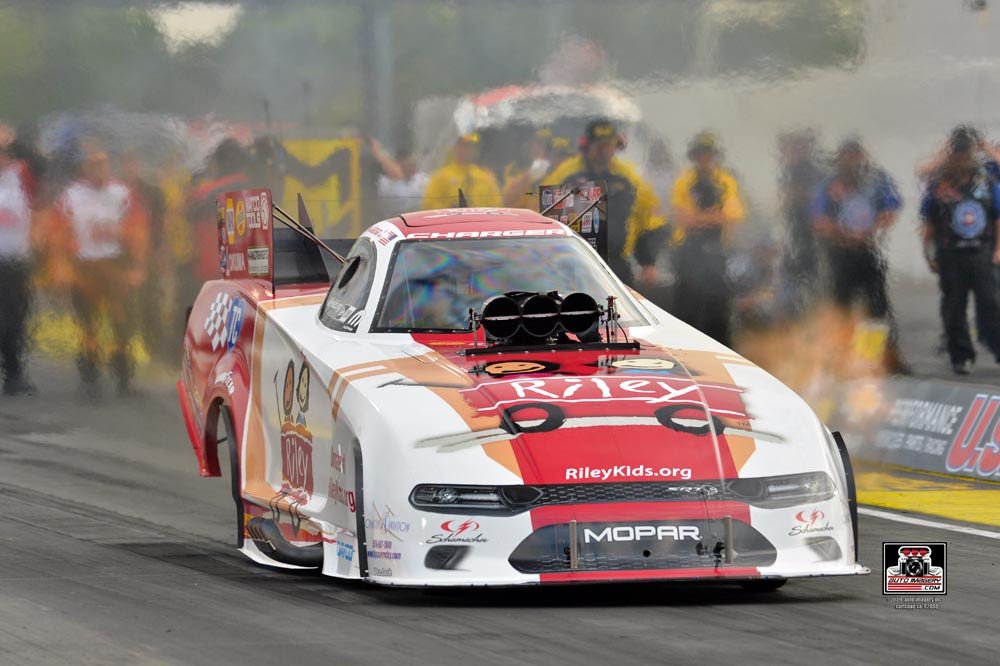 Noteworthy:
As has been tradition since 2014, Funny Car point leader Tommy Johnson Jr. will once again pilot the special Riley Kids Funny Car, helping to raise awareness for DSR’s local children’s hospital on drag racing’s largest stage
As a resident of nearby Avon, Ind., Johnson considers Indianapolis to be a hometown event

Quotable:
“I’m really looking forward to this race. The U.S. Nationals is the biggest drag race on the planet. It’ll be a little different this year since we’ve already run three races at Indy, but it will also bring back some normalcy because it’ll have that special ‘U.S. Nats’ flare. We’re back in the Riley paint scheme this weekend and that’s always really special, and we’re looking forward to raising more money for them this weekend.

“We elected not to test ahead of the U.S. Nationals this year because our car is running really, really well and we’ve had so many shots at the track already. I’m very pleased with how our car is running, and how well we’ve performed at the last couple of races here in Indy. We were No. 1 qualifier at two out of the three Indy events and were No. 2 at the other. That shows we have an excellent race car, we just need to put a good race day together. We have a runner-up and a semifinal finish here and would love nothing more than to get a victory at the U.S. Nationals. If you have a U.S. Nationals victory on your resume, that’s what everyone as a driver wants, and this will be a special year to do it.”