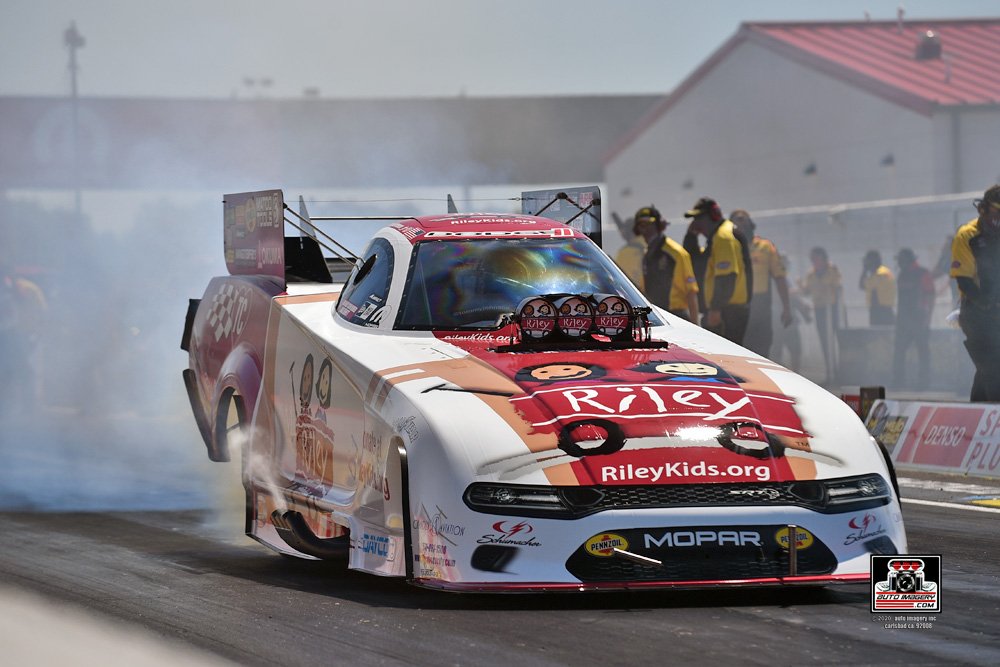 Race Recap:
As has been a U.S. Nationals tradition since 2014, Avon, Ind. resident Tommy Johnson Jr. was once again behind the wheel of the special Riley Kids Funny Car, helping to raise awareness for DSR’s local children’s hospital at drag racing’s premier event. Johnson put the Riley Kids car prominently in the spotlight by powering his machine to low E.T. of both of Saturday’s qualifying sessions to start race day from the No. 1 spot for the third time in the last four events.

Johnson faced Dale Creasy Jr. in round one of eliminations and was even with his opponent leaving the starting line but the Riley Kids car quit near the top end, and Creasy was able to pull ahead to claim the upset win.

Quotable:
“That was a heartbreaking loss for this team and Riley Hospital for Children. We’ve had such a great weekend in qualifying and a great performing car. You can’t predict parts failure and something happened late in the run. The car was on a really good run. It was going to be a nice, solid pass in the first round to take the win and move on. Something happened on the top end of the track and we’re still trying to figure out what it was. It was so late in the run I was ready to reach over for the parachute levers and then it just broke loose. It’s heartbreaking, but the year’s not over yet. We just have to move on to the next one in Florida in three weeks. We have a solid race car. If we can get some luck to go our way, we’ll be good.”