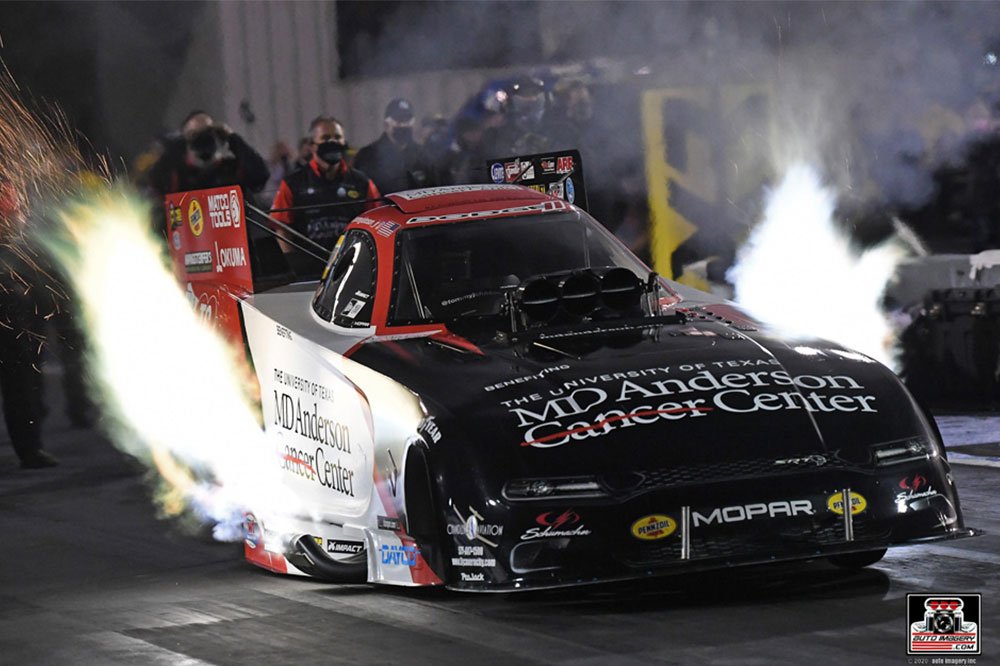 Note: Persistent showers on Saturday forced NHRA to abbreviate both the Mello Yello Series and the Factory Stock Showdown Series to just one round of qualifying. Mello Yello competitors made their one run on Saturday evening, while the FSS field was set from Q1 on Friday night

The Competition: No. 9 Terry Haddock

Quotable:
“It was an interesting qualifying session. The conditions we had were tricky. We don’t run fuel (nitro) cars in these conditions often and probably for good reason. We’ll go out tomorrow and have a better track and more normal conditions.