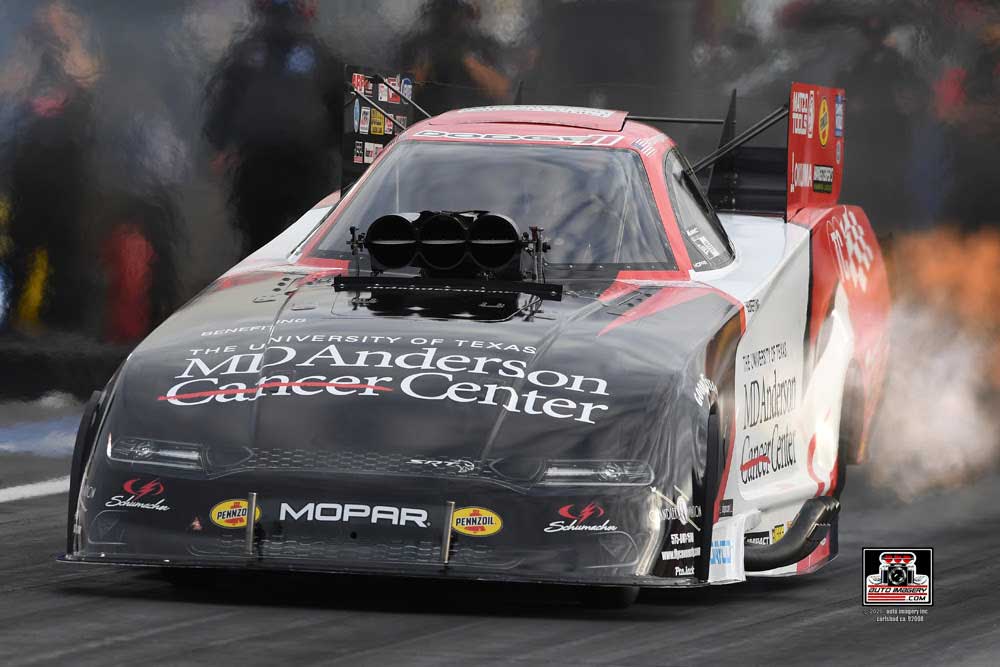 Note:
On Saturday, just prior to nitro Q1, Richard Carson, Army Combat Medic (retired), was presented with an iBOT personal mobility device. The iBOT donation was made possible thanks to Doug Chandler and the TLC Foundation, the Parasol Foundation, and the incredible fans who generously support the Infinite Hero Foundation. An image of the presentation is included below, immediately following the qualifying results.

The Competition: No. 11 Jim Campbell

Quotable:
“We’d like a bit more out of these qualifying runs, especially that second lap, but at the same time, we have a good, solid, consistent car. It’s been very consistent making full runs in both lanes. Rarely do we see a track where lane choice may be critical, but I think tomorrow, when it’s going to be warmer, it might be critical. There’s definitely a favorite lane here. We have to keep the performance up, keep lane choice, put up four consistent runs and go to the winner’s circle to stay in this championship hunt.”