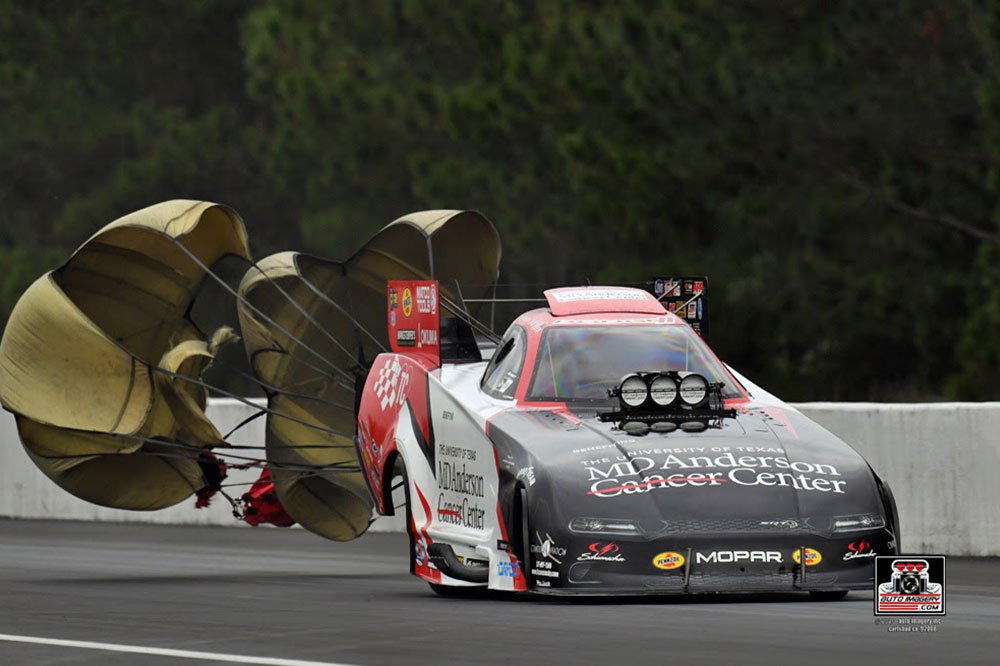 Race Recap:
Sunday at the Gatornationals marked the late Terry Chandler’s birthday, and Tommy Johnson Jr. was hoping to deliver his second win of the season for the Chandler family on this special day. Johnson’s campaign for a first Gainesville trophy got off to a strong start when he defeated J.R. Todd in the opening session of eliminations. Johnson used a stout reaction time coupled with a solid 3.962-second pass to get the upset win over his higher qualified opponent. In the quarterfinals, Johnson lined up opposite Tim Wilkerson. The veteran drivers were nearly even leaving the starting line, and both made solid, clean passes. Johnson piloted the MD Anderson Dodge to a 3.957 E.T. but it wasn’t quite enough to outrun Wilkerson’s 3.949.

Johnson, who has one win, a runner-up, and three No. 1 qualifiers in the first six races of the season, arrived in Gainesville, Fla. ranked third in the championship standings. He maintains his position heading to St. Louis later this week.

Quotable:
“We probably would have won most races that round (E2), we just ran the wrong guy in (Tim) Wilkerson. That’s a good car and it was a close race and we came up a little bit short. It will be a whole different race next weekend with the weather conditions. This MD Anderson car is on track. We struggled in qualifying and (crew chiefs) John (Collins) and Rip (Reynolds) got things back on track during eliminations today and we’ll see if we can’t continue that next weekend at St. Louis and gain some momentum in the points.”