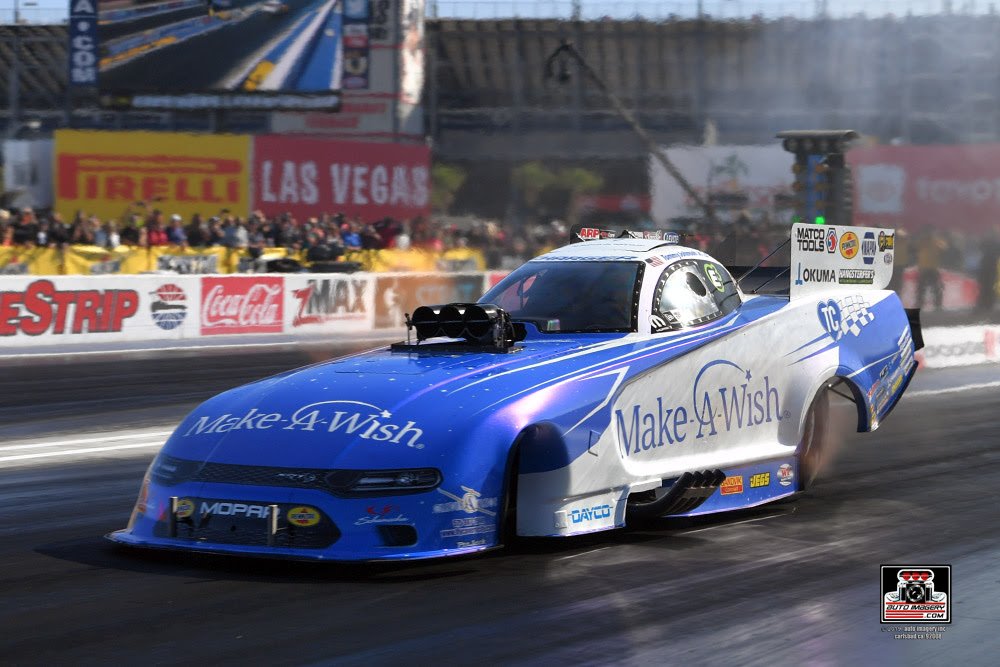 The Competition: No. 15 Jim Campbell

Quotable:
“This is the best race car we’ve had in a long time, and Vegas is one of my favorite tracks on tour. Things always seem to go right when we come here, and we seem to be on track again. I’m looking forward to a strong finish on race day. I’m really happy with the way this Make-A-Wish Dodge Hellcat is running.”