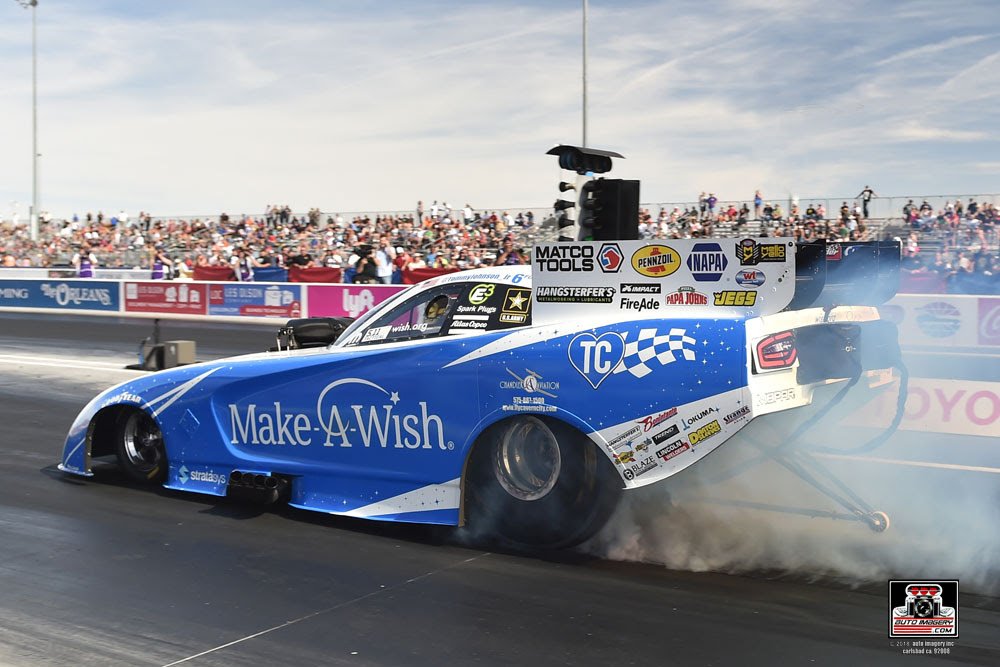 Race Recap:
After securing his third No. 1 qualifier in a row, Tommy Johnson Jr. kicked off race day by driving to his career 400th round win when he defeated Jeff Arend in round one.

Round two found Johnson squaring off against teammate Matt Hagan, who had just laid down a stout 3.908 in the first session. Johnson was amped up, knowing he had stiff competition in his teammate. The DSR Dodges staged, and it was immediate heartbreak for the driver of the Make-A-Wish Dodge as he stood on the throttle early and activated the red light, allowing Hagan the automatic round win.

Quotable:
“It’s just frustrating and one of these days we’ll get it all put together on a Sunday. (Matt) Hagan ran really well first round and we know what he’s capable of and I knew I had to push and pushed a little too hard. We’ll regroup and go to Pomona for the Finals where we’ve had great success winning the last two years and try to finish this thing off with a win.”