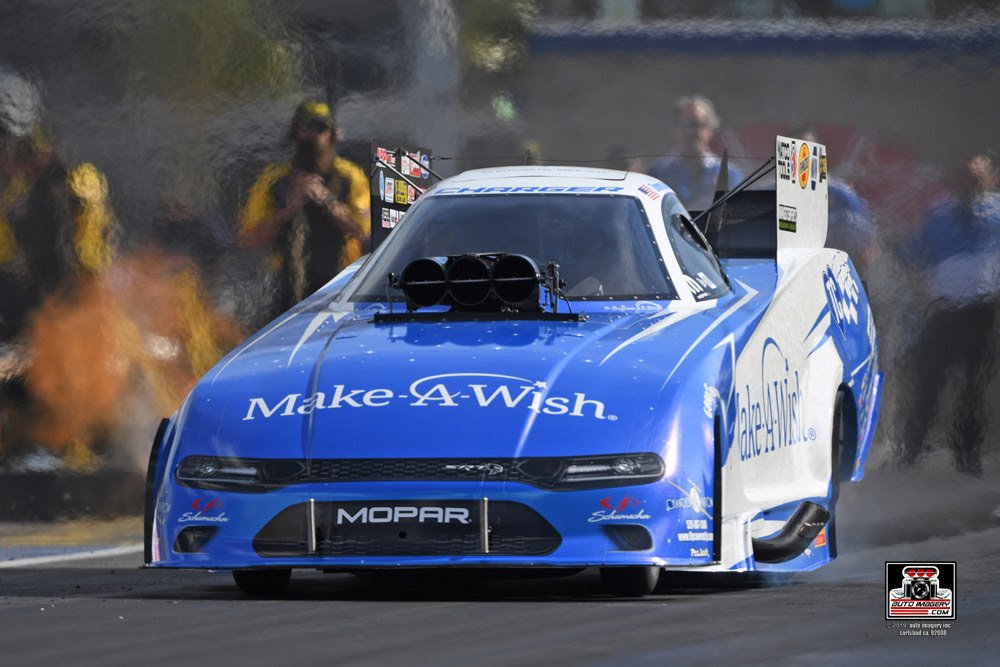 The Competition:
No. 2 Ron Capps
No. 15 Terry Haddock
No. 7 John Force

Quotable:
“It’s not the qualifying effort we were looking for, but we do have a consistent car. Come race day, I think we can surprise a few of them because we certainly didn’t get the best of this Make-A-Wish Dodge this weekend. It keeps getting better with each lap, and tomorrow could be the day we make it all come together for a win.”