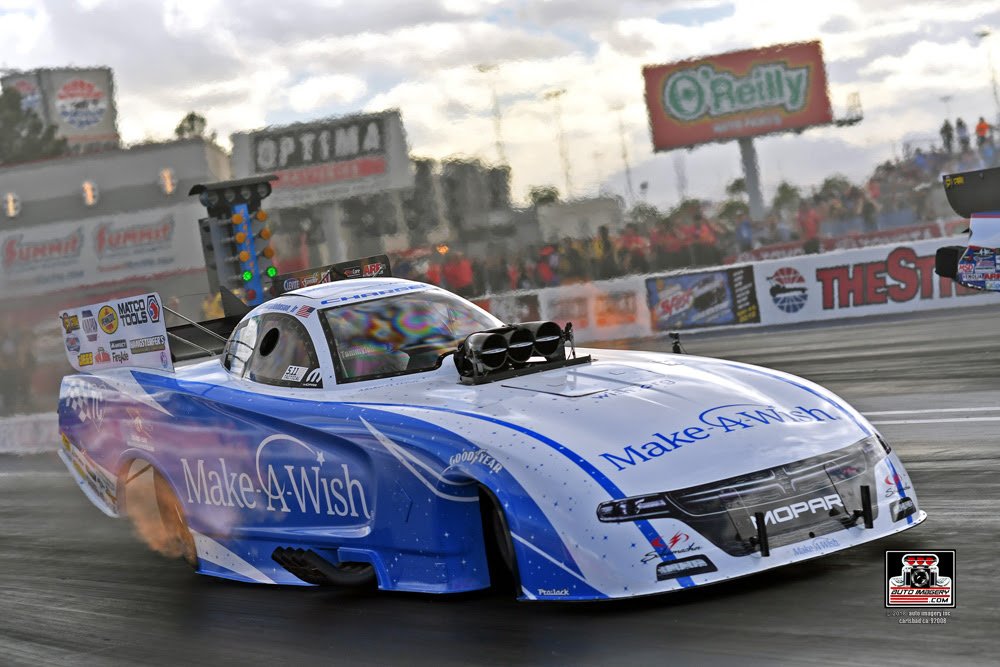 Race Recap:
Tommy Johnson Jr. was set up to repeat his victory at The Strip at Las Vegas Motor Speedway from last spring. He entered race day qualified second with his time of 3.932 at 318.84-mph.
During the first session of competition, Johnson drove Terry and Doug Chandler’s Make-A-Wish Dodge to a 4.030 -second at 316.01-mph to advance to the second round.

Johnson then ran the best lap of the session in round two with his stout 4.007-sec pass to advance to the final quad along with his DSR teammate, Jack Beckman.

Unfortunately, during the finals, Johnson was eliminated from competition when he left the starting line early and fouled out.

Quotable:
“The car was running flawless and just performed exceptionally well this weekend and we found a problem after Gainesville and I’m super excited about what we’ve got in store for us. We were just a little short on completing a great weekend but I’m not disappointed whatsoever.

“I’m excited about coming up on three in a row. Once you get running well you want to try to keep that going and with three in a row there’s a good chance we can go out there and win all three of those. I’m just super excited about the way this team is performing.