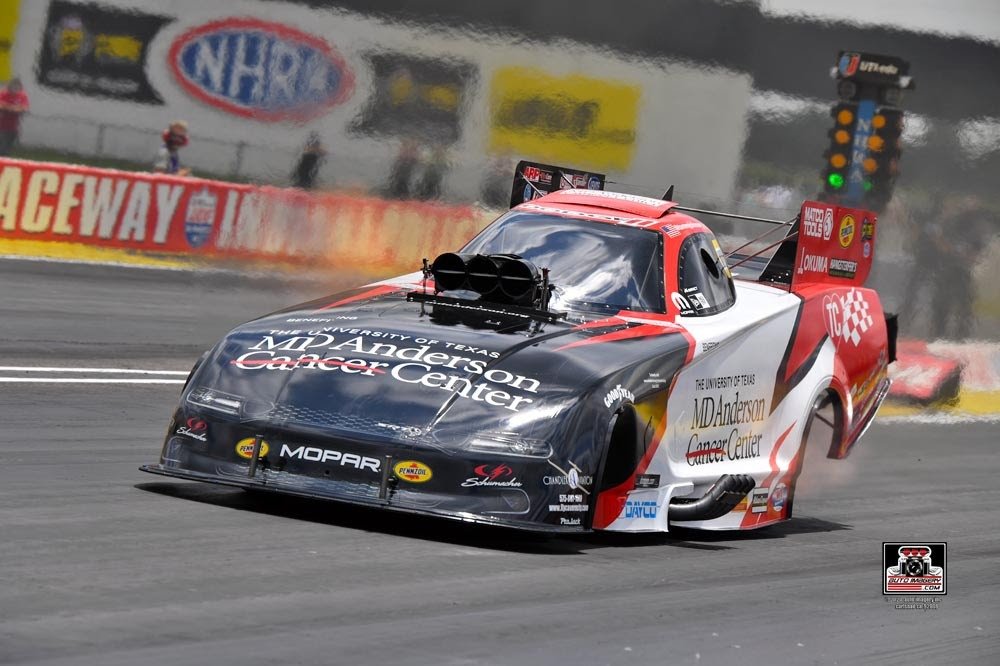 Noteworthy:
Seeking his third final round appearance of the season after finishing as the runner-up at Indy 1, and Funny Car event champion in Phoenix
As a resident of nearby Avon, Ind., Johnson considers Indianapolis to be a hometown event

Quotable:
“I’m excited to go racing again, and it’s especially nice and convenient to be able to do so here in Indy considering I only live three miles from the race track. We had an extremely successful outing at our first two races back after the hiatus. We were runner-up at Indy 1 and went to the semifinals at Indy 2, and had it not been for a dropped cylinder both times, I think we could’ve picked up a pair of wins. When you have such a great race car like we have right now, you just want to run it as much as possible, and then on top of that, we’ve really become familiar with this track after having so many runs down it these past few weeks. (Crew chiefs) John (Collins) and Rip (Reynolds) and the guys have been working hard at the shop to figure out our issue with dropped cylinders, and if we can cure that, then all things lead to a win. It would be nice to get win No. 2 of the season and take over that points lead from our teammate. It looks like we’re pretty much going to have a three-man-race between Jack (Beckman), Matt (Hagan), and myself. I’m glad we’re in the hunt and now I just want to be at the top of it.”