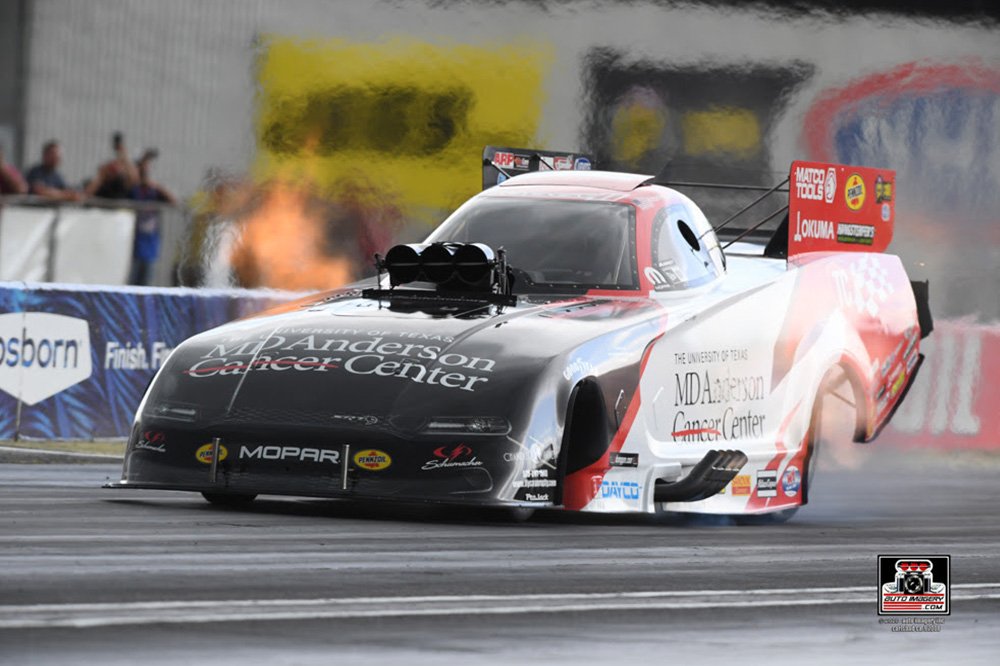 Noteworthy:
As a resident of nearby Avon, Ind., Johnson considers Indianapolis to be a hometown event
Sits only two points out of first thanks to a runner-up finish from the pole at Indy 1, and a win in Phoenix

Quotable:
“I can’t wait to get back out at the track this weekend and try and get that victory. We came up just a little short on Sunday, but it was an outstanding weekend for our MD Anderson team, and to pick up right where we left off from Phoenix after a long, extended break is very encouraging. I think things will just get smoother and smoother this weekend now that we’re back in the rhythm of things. If it’s anything like last weekend, we should shine and we’d love nothing more than to erase that two-point deficit between us and Jack Beckman who’s in the lead. We want to come out as the point leader. We had a tremendous weekend last weekend, and it was nice to see the fans out there and to see everybody doing their part in trying to be safe. The fans were very considerate with staying back a few feet from the pits and making sure they were masked up. It was a great weekend overall, and I can’t wait to do it again.”