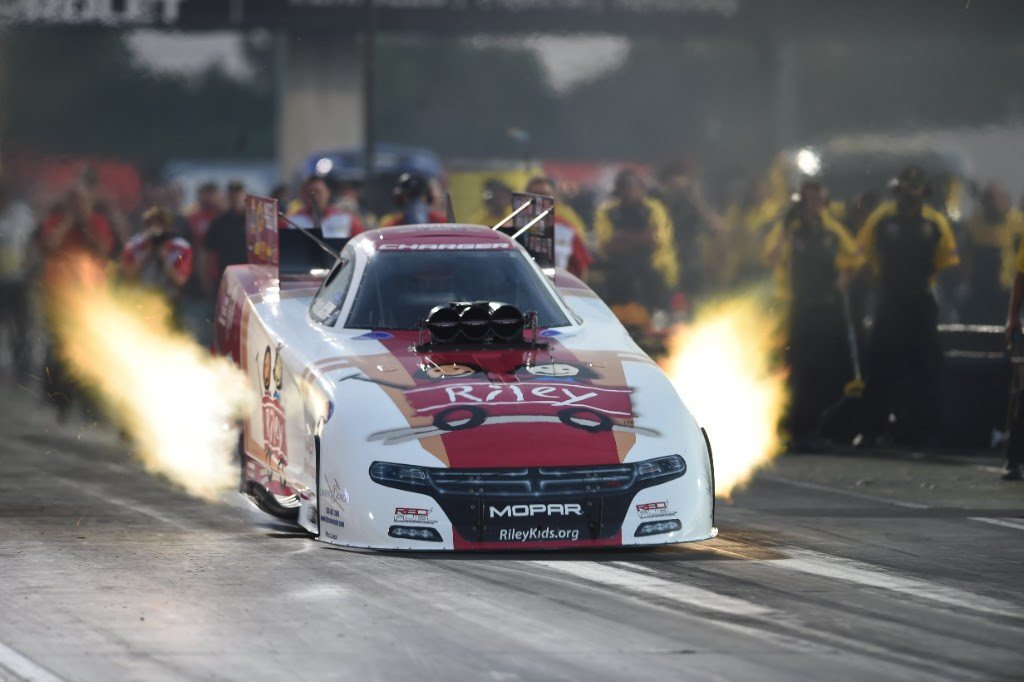 Noteworthy:
Since 2014, the Doug and Terry Chandler-funded Make-A-Wish Dodge has donned a special Riley livery once a year at the Indy event as a way to bring exposure to the Indianapolis-based Riley Hospital for Children
Hometown track (resides in nearby Avon, Ind.)

Quotable:
“Indy is the biggest drag race of the year, and with the way our car is running right now, I’m going into Indy as confident as ever. We had a great test session last week, ran really well, and with two semifinals and a final the last three races, I think the momentum is starting to swing our way. It would be great to go out there and put the Riley car in the winner’s circle. It’s always fun to run the Riley car living here in the Indianapolis area and that being the local children’s hospital. Going to visit the kids during the week and representing them on the track and raising awareness for what a great hospital we have here in Indy, it would just be great to put that car in the winner’s circle and hopefully have a bunch of Riley Kids right there with us.”