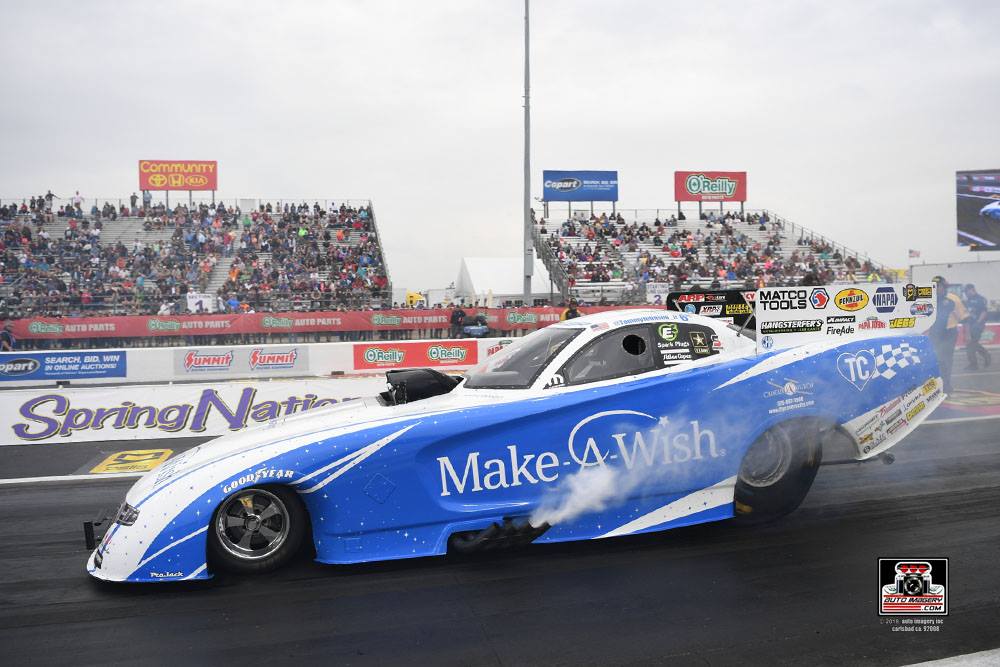 Race Recap:
Tommy Johnson Jr.’s first round loss against opponent J.R. Todd was the ultimate example of ‘wrong place at the wrong time.’ Johnson, who was previously 3-0 against Todd, charged out of the gate with all candles lit. Both Johnson and Todd were straight down the groove in an exciting side-by-side race. Unfortunately for Johnson, Todd edged past and was able to take the win with his 3.955-second pass vs. Johnson’s 3.989.

Johnson’s 3.989 was the fifth quickest E.T. of the session and would have beat half of the drivers who were able to advance to round two.

Quotable:
The conditions out here are so tricky and today was a perfect example of ‘wrong place at the wrong time.’ We made a nice run, fifth quickest of the round, but came up short. That’s part of the luck in racing sometimes. We have a really good race car, we went down the track when a lot of them didn’t so we’re not going to change anything. We’ll just go on to the next one, keep doing what we’re doing and it’ll come to us.