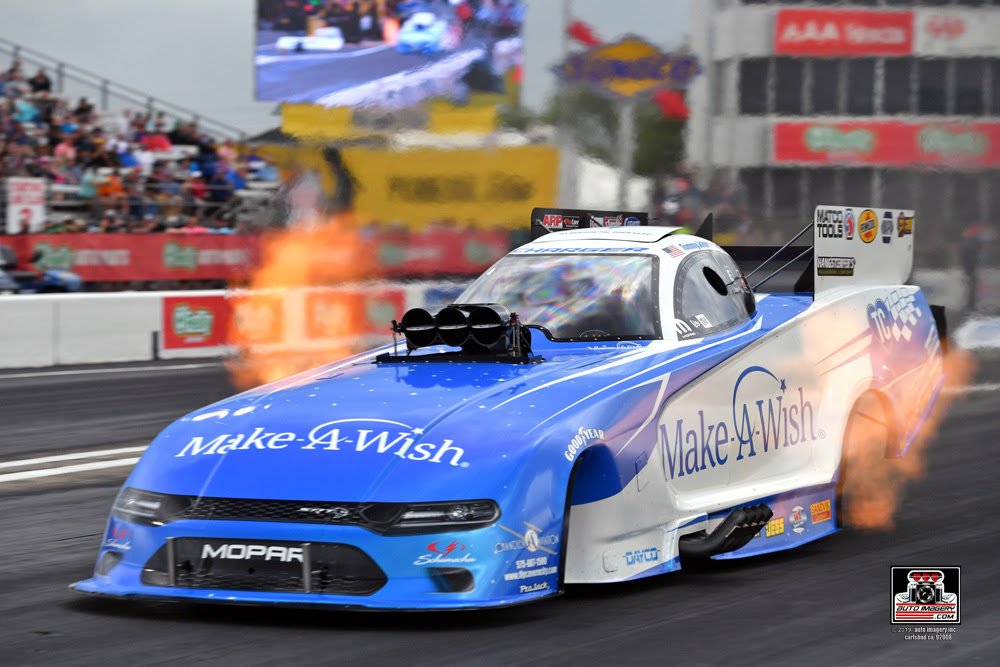 Race Recap:
Following a runner-up finish in Las Vegas last Sunday, Tommy Johnson Jr. felt like his Make-A-Wish Dodge Charger SRT Hellcat Funny Car was on the verge of breaking through this weekend in Houston. After a pair of “misses” in Friday’s opening qualifying rounds, the team dialed-in their MOPAR-powered Hellcat and made a pair of consistent runs despite changing weather conditions. The Iowa driver ended up 11th on Sunday’s elimination ladder and faced teammate Matt Hagan in the first round. Johnson had a slight starting line advantage, but lost traction shortly thereafter allowing Hagan to drive away for the victory. Johnson’s run of 4.807 seconds resulted in his first first-round loss of 2019.

Quotable:
“We were just off a little bit this weekend. We never could quite find our mojo with our tune-up. It wasn’t a horrible weekend, but we are better than that. We’ll rebound and come back at Charlotte and try to regroup. Throughout the season there are going to be weekends where you just don’t do as good as you should. Hopefully this is ours and it’s out of the way.”