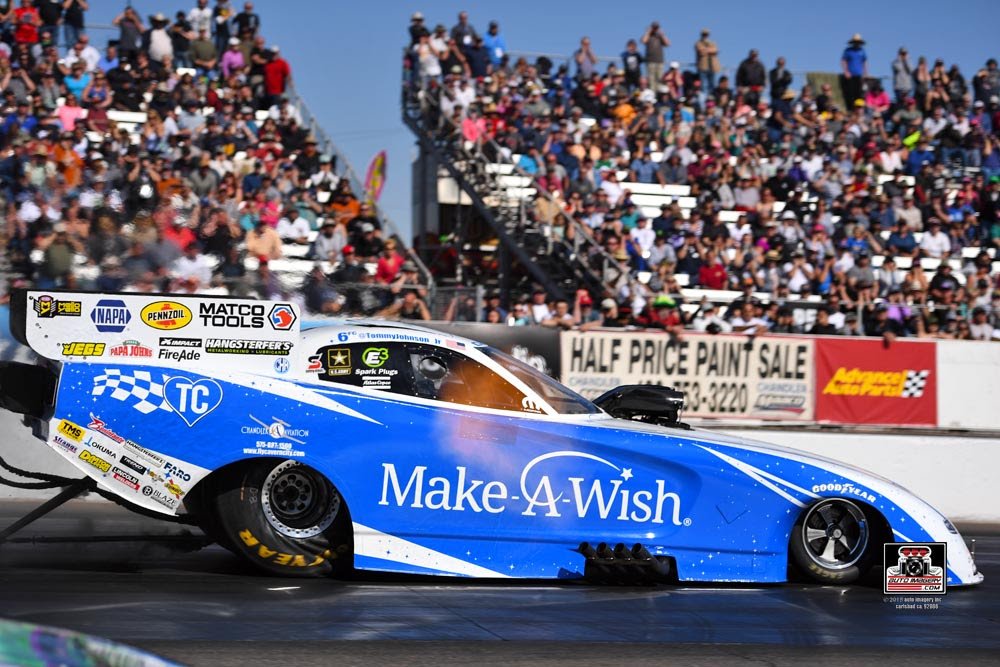 Noteworthy:
At age 15, Tommy Johnson Jr. became the youngest driver to enter a national event when he competed in the 1984 Gatornationals in the Super Gas category

Quotable:
“Gainesville is a special place for me because it was the first national event I ever raced in. Looking forward to going back there this year coming off of a runner-up in Phoenix. Hope to carry the momentum. Our car is starting to run better and better and hopefully we can reduce some of the parts damage we had in Phoenix, improve the performance, and go one round further.”