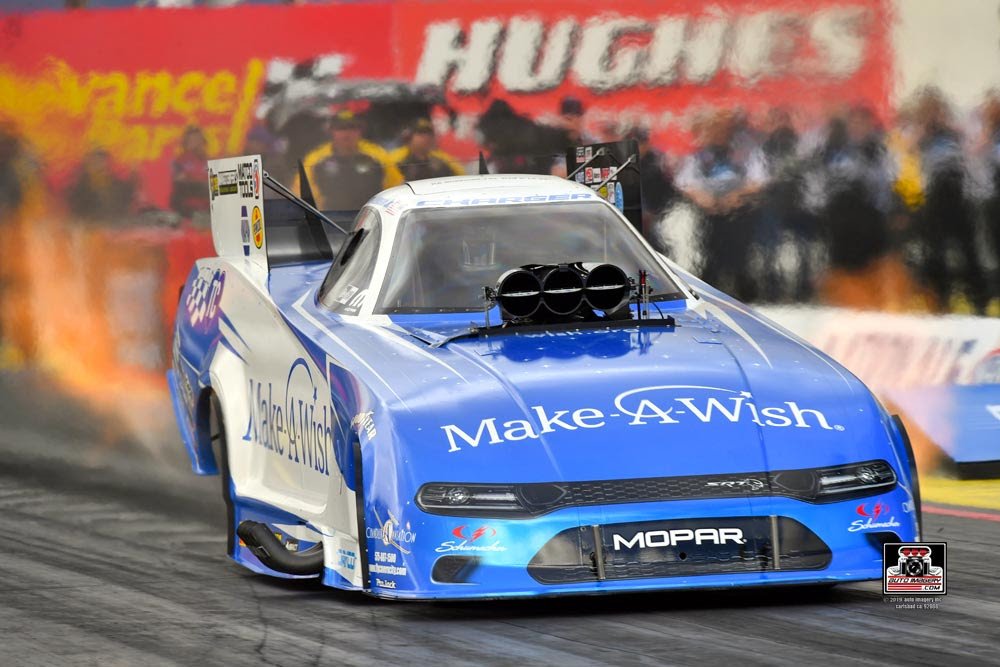 Noteworthy:
At age 15, became the youngest driver to enter a national event when he competed in the 1984 Gatornationals in the Super Gas category

Quotable:
“Gainesville is always a special race for me because my first ever national event was at Gainesville in 1984 (competing in Super Gas). It’s just a race we look forward to every year because it’s the unofficial ‘East Coast kickoff.’ The Gatornationals is such a great event and this year is the 50th anniversary. I’d love to win it; it’s one of my favorite races on the tour but I’ve never won it and I can’t think of a better time to do it than during the 50th anniversary. Our Make-A-Wish Hellcat has been performing so well lately. We had a couple of issues in Phoenix but we’re going to rebound and come out swinging this weekend. With the way our car has been running, I think this is the best chance we’ve ever had to win it. “