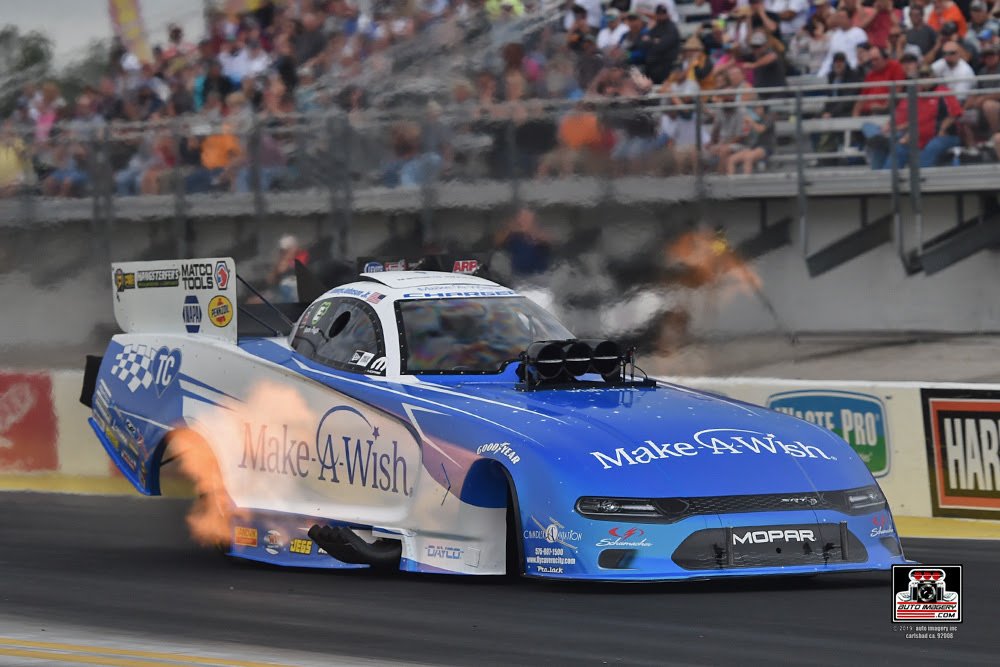 Round two featured an intramural battle between the Chandler family’s ‘giving cars’ with Johnson lining up opposite teammate Jack Beckman behind the wheel of the Infinite Hero Hellcat. Johnson and Beckman clocked nearly identical reaction times (0.069 versus Beckman’s 0.063) and maintained pace until just before the finish line when the Infinite Hero Dodge pulled ahead to claim the holeshot victory.

Quotable:
“Wrong side of the closest race of the weekend. I’m happy the car is running so well. It’s frustrating that we keep having gremlins jump up and bite us but I’m proud of the team for how hard they’ve worked. They keep pushing and the car keeps on performing. It’s just a matter of time. You continue to run that good, things will eventually go your way instead of going against you. I’m ready for Vegas. It’s one of my favorite tracks. Everything comes in threes, we’ve gone through our three and we’re moving on.”