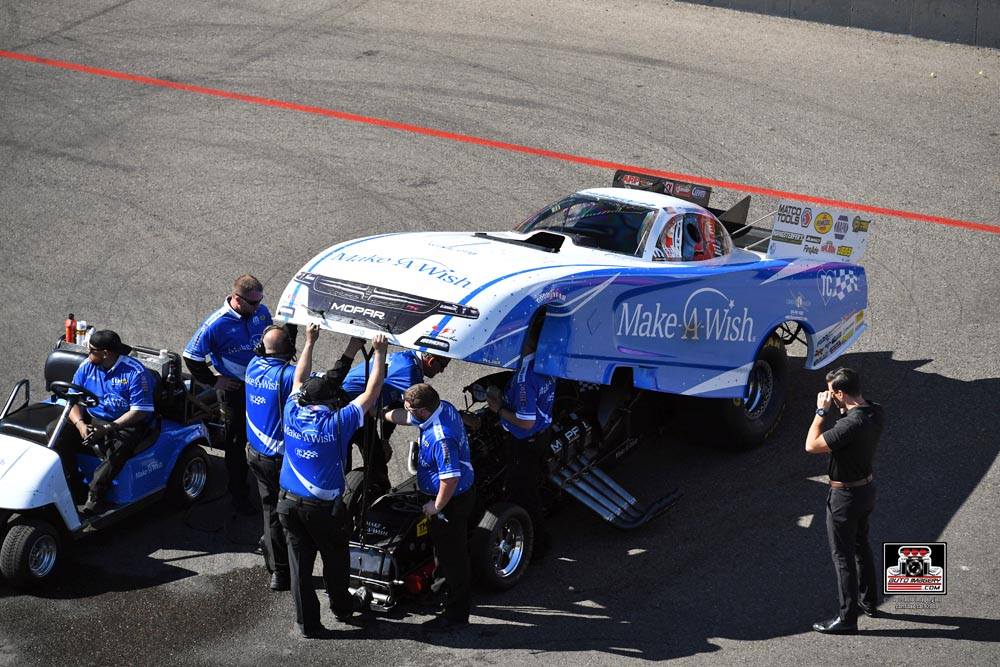 Living up to his nickname, ‘Fast Jack,’ is ‘three for three’ in 2018, having finished Friday from the top spot at every event of the year so far. After running low E.T. in the opening qualifying round of the weekend, Beckman followed up his session-best run with another class-best effort powered by Pennzoil. His 3.911-second Q2 pass secured his third provisional No. 1 qualifier of 2018 and brought his year’s bonus point total to 16.

“I actually thought today was going to be quicker,” said Beckman of the Friday Funny Car field. “When we rolled up for Q1, and low E.T. at that point was a 3.96, I thought ‘well, everybody just must be missing it.’ Then we ran a 3.95. I don’t know if that was a reflex reaction, slowing our car down after watching everyone spin out there.”

“I truly thought someone was going to run in the 80’s during session one, and no one did it all day Friday. Gainesville is typically crazy good; it’s sea level, not hot out, it’s a good race track, so I’m surprised Funny Cars didn’t run quicker today.”

“We know the weather is good; I think we were just tip-toeing because we didn’t want to overpower the race track. Everything points to, as long as we don’t have intense sunshine, people being able to lean on it a little harder tomorrow.”