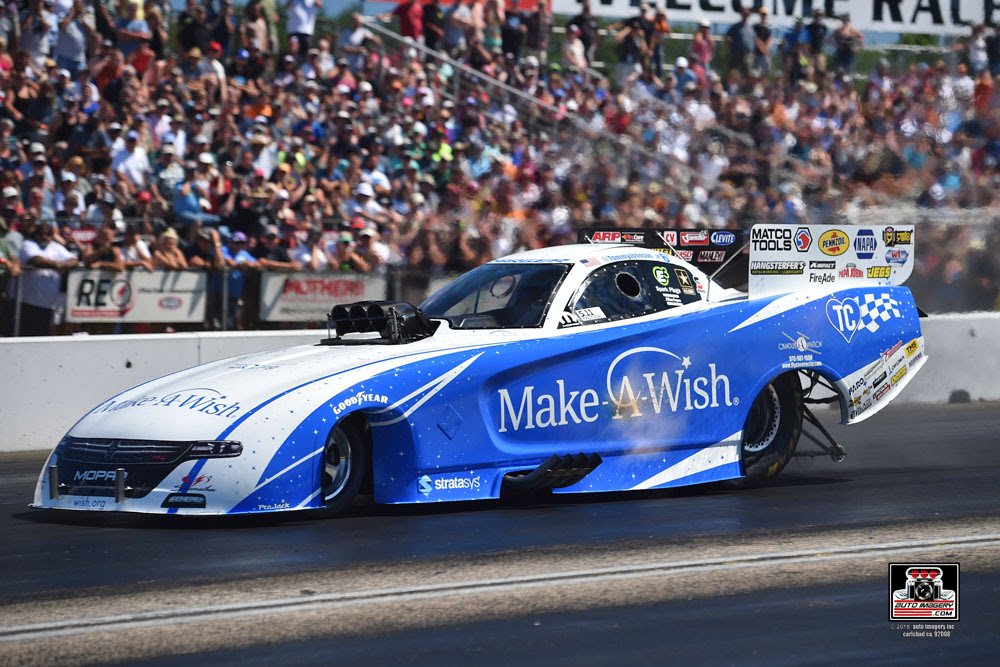 Race Recap:
Make-A-Wish Dodge Charger R/T driver Tommy Johnson Jr., a Funny Car runner-up twice at Epping, qualified in the top half of the field and defeated Cruz Pedregon in round one.

Johnson trailed slightly at the start but closed the gap and pulled away for the round win with a 4.131-second at 297.94-mph mark. Johnson’s hopes to advance ended quickly in the quarterfinals against teammate Hagan after he smoked the tires early.

Quotable:
“It’s showing promise, going a couple of rounds here in Epping. I really thought maybe we had a car for today. It’s frustrating. The track changes so much between first and second (round) and the conditions are so variable. We have to guess better and figure out what it’s going to take to get down these tracks. It’s frustrating right at this moment trying to figure out the tune-up to get down there without spinning the tires. Maybe lane choice would have helped, but who knows.”